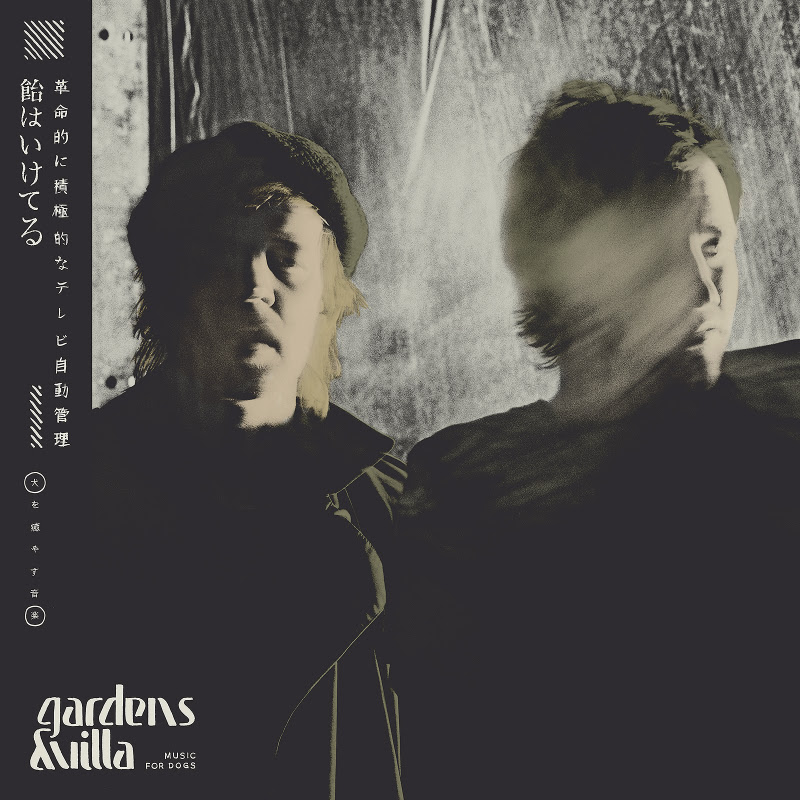 The revelation that we hear play out so inspiringly across Music For Dogs is one that came at a make-or- break moment for Gardens & Villa last year. Pushed to fall in line as an indie-pop act while their artistic interests lie as much in the avant-garde. Pushed deeper into debt just to keep their band alive. Pushed from within to leave the comfort zone of their longtime home base in Santa Barbara and set up a new HQ in Los Angeles. Lynch and Rasmussen responded by bucking the idea of “art as a career” and making art their very way of life. With a top-to-bottom renovation of a warehouse space in LA’s Frogtown neighborhood they’ve named Space Command and shared with visual artists, designers, and creatives, the pair began to live and write music on their own terms, just as they’d done before their music was placed “on the marketplace.”

Music For Dogs is a deeply personal album that pokes, prods, and even strangely celebrates the zeitgeist of music commerce, pleasure culture, technological advances and the new home they’ve found in Los Angeles. The New Age and Eastern Religion sentiments that rippled across their first two albums (2011’s Gardens & Villa and 2014’s Dunes) have been swapped out with a new sort of zen pop-Nihilism. “My whole life fixation/See if we can make it underneath the radar,” goes Lynch and Rasmussen’s respective call-and-response on first single “Fixations,” a song about the beauty in bottoming out and then finding the false bottom. Under the stewardship of visionary producer Jacob Portrait (Unknown Mortal Orchestra) and with the rhythm section Dusty Ineman (drums) and Shane McKillop (bass), “Fixations” is a track that sounds like Gardens & Villa still have it.