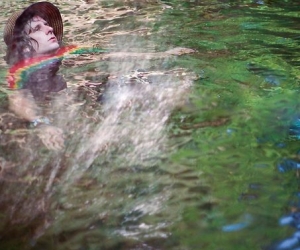 bEEdEEgEE is the performing alias of Brian DeGraw, an American artist, musician and producer who lives and works between the inner city and the Catskill region of New York state. Most commonly known in the world for his work at the centre of Gang Gang Dance and their musical mastery, SUM/ONE is his debut record as a solo artist.

SUM/ONE will be released on CD, vinyl and digitally on December 3rd. The album track “Bricks” can be heard HERE. bEEdEEgEE will be playing his first live shows with Animal Collective on their North American Winter Tour. Dates below.