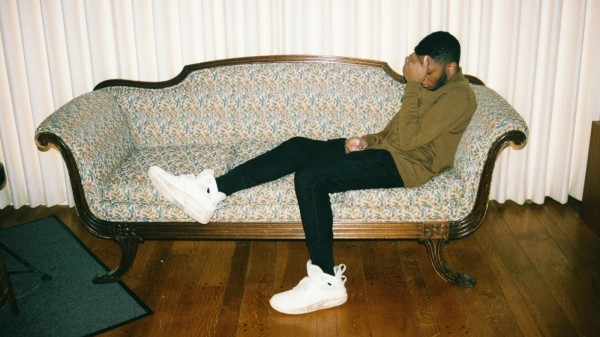 Following a run of shows at SXSW, Gallant today releases his debut album, Ology, via Mind Of A Genius Records.

‘Ology’ is the result of a year spent huddled away in MOAG LA studios,crafting a unique, hybrid sound. Gallant has been busy, playing shows in Los Angeles and New York and then London in early 2016. fans of Gallant, include Elton John, Moby and Sufjan Stevens. Gallant spent the latter part of 2015 touring with Sufjan, who later served as the first guest in his ‘In The Room’ series- a concept that will continue to see Gallant reinvent songs with artists who inspire him. The recently revealed second episode featured iconic RnB singer Seal who joined Gallant to sing ‘Weight In Gold’.

Showcasing on both weekends of Coachella and set to serve as sole support for phantom producer ZHU’s ‘Neon City tour’, the rise of Gallant shows no sign of decline.

Featuring production from the likes of ZHU, STINT, Josh Abraham and Oligee, and Adrian Younge, “Ology’s” creation has been a cathartic experience for Gallant. Speaking on the release, Gallant states: “I’ve waited a long time to say everything that I’m saying in this album and it’s terrifying to think that people will hear it. But I couldn’t be more proud of this body of work and I hope people take it in a way that’s as honest as I was when I was making it.”