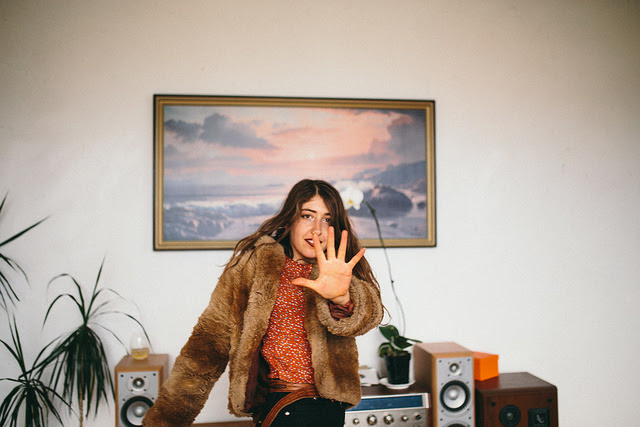 Gabriella originally released her debut album through her own independent record label Dirty Power Studios in March this year and was soon signed to Dot Dash / Remote Control Records. A recent arrival to the Melbourne music scene after relocating from Brisbane at the end of 2015.

Cohen’s first solo full-length is the product of ten days and two microphones. Co-produced alongside close friend, bandmate and engineer Kate ‘Babyshakes’ Dillon, the record is the result of what Cohen describes as the “ceremony” of reflecting on a relationship. The album’s raw, personal side could be traced back to its place of birth at Dillon’s parents’ place in the country, or to the Brisbane streets the songs were composed in. The songs are soaked in the kind of aching nostalgia that is tinged with equal measures of sadness and triumph. On “I Don’t Feel So Alive”, Cohen warns: “This could be the last time we get together”, and on one hand it’s melancholy, but it’s in the spirit of endings that are also beginnings. After finishing the record, Cohen and Dillon hit the road down Australia’s East Coast, from Brisbane to Melbourne, a truck full of instruments and gear following in their wake.

There are two sides to Cohen’s coin though — for every moment of raw, cutting emotion, there’s one of otherworldly ethereality. It’s what makes the record feel timeless, which doesn’t mean old-fashioned — it means that the vocoder on “Feelin’ Fine” and the fuzzy, frenzied drums of “Alien Anthem” don’t feel at odds with the dreamy, ambling melodies and old-school ethos at the heart of Cohen’s songwriting.

The album’s title is a mirror held up to both the relationship it details, and to the songs themselves: they feel confessional while remaining opaque, full of story-telling but never detail-heavy. Instead, the song exists in a kind of vacuum, personal to every listener, like a dream that’s hard to recall after waking.

Full Closure and No Details can be pre-ordered via Dot Dash/Captured Tracks, and the outlets listed HERE. Cohen will play her first North American live shows this fall. Tour dates will be announced soon.

Full Closure and No Details Tracklisting