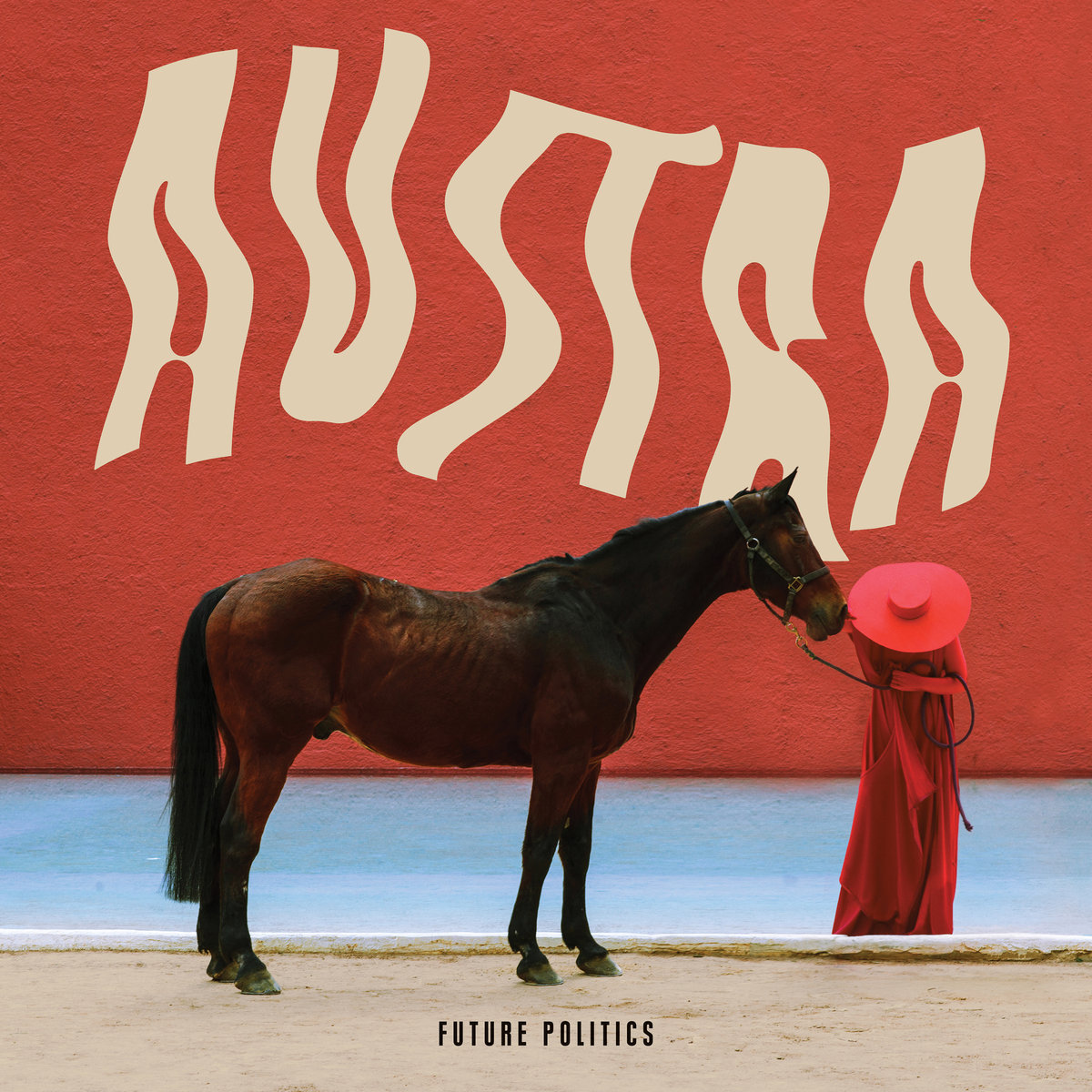 You may have realized it by now, but we’re living in particularly uncertain times. U.S. President Donald Trump’s inauguration is just a few days away, but already, with regards to the Russian hacking scandal, we’ve being faced with incoming leader’s highly concerning condemnation of “Fake News” outlets in favour of press conferences delivered in bit-point, all-caps Newspeak. “Obamacare” is potentially on the chopping block, Planned Parenthood in threat of being defunded. Beyond a regressive, conservative viewpoint, things are looking grim.

Happenstance is a funny thing. Back in October when Canadian electronic avant-pop outfit Austra announced Future Politics, their third full-length release, the world was still a few weeks away from the full-blown reality of a Trump presidency. Now, the album title hangs heavy, considering it’s official release date of January 20 coincides with the inauguration. To be clear, project leader Katie Stelmanis has already called this an “insane coincidence”. From a geographical standpoint, the artist was on the fringes, having crafted the material in Montreal and Mexico City; The record never specifically calls out the incoming Republican. And yet, it’s varying themes of isolation, confusion, and answer-seeking over what happens next seems especially prescient. That said, Austra are ready to rally against the bleakness.

While introductory number “We Were Alive” begins with a calmed, cerulean cloud of synths, it’s quickly juxtaposed against a harshly distorted digital thump. Stelmanis’ classically trained, operatic voice details an awakening, a disruption to a form of stillness. “It’s true, I believed in nothing before,” the narrator sings, explaining how she’s escaped a “fortress”. Ready for action, she adds: “Doctor, what’s the cure for apathy?”

The title track sets the pace for the bulk of the LP, reveling in a 120 bPm-and-up boom of four-on-the-floor pounding, vibrato vocals and synth melodies, though this tune’s persistent and gummy octave jumps are unnerving. A music video for the piece finds a bunch of suit-and-ties getting messed up by their corporatized day-to-day, with noses bleeding and bodies corrupted until they opt to relax and enjoy a sunny day. Stelmanis’ capitalist critique points towards a future where the previously implemented “system” fails; she’s ready to rise up from the wreckage.

Another pre-release single, “Utopia,” contemplates intimacy and the unknown, comparing faceless highway riders with the desire to “hold your hand my whole damn life!” Above a crystalline wave of electronic tones, Stelmanis ripples out apple-shaped allusions to Eden, suggests that the idea of getting everyone on the same page could in itself be fiction, and offers up one person’s complicated contemplations (“She’s looking for meaning behind a man who made her cry her whole damn life”). While the song’s accompanying music video explores a not-so-sci-fi relationship between a woman and technology, Stelmanis balances the scales by praising the physical world on the similarly pumped “Gaia.”

While pleasant, Future Politics’ mid-section is fairly uniform in arrangement, with a flood of chilly synths and steady, mechanized beats supporting Stelmanis’ voice. While it works to great effect on pieces like “I’m a Monster,” which contrasts self-lambasting sentiments with a chirruping soprano, the similarly-paced beat work across the next couple of numbers makes it easy for the mind to drift. That said, the wobbling digital dancehall groove of “Angel In Your Eye” makes for a welcome reprieve, as does harp-infused, instrumental palette cleanser “Deep Thought.”

While contending with despair and malaise, Austra’s Future Politics ultimately seeks out hope. The title track’s aforementioned music video begins with an intro implores us to imagine a better tomorrow. “It’s time to build visions that are radically different than anything we’ve ever known,” it’s written. Here’s hoping it takes less than four years to get there.