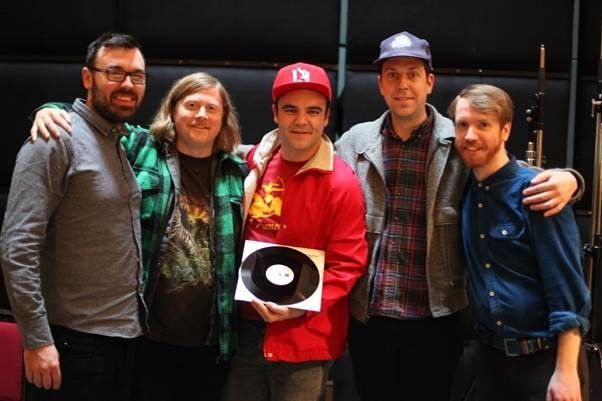 The band played live from Studio Three, where the audio was sent direct from the mixing desk by recording engineer Paul Pritchard to one of Abbey Road’s vinyl cutting lathes and cut live, direct to disc, by mastering engineer Christian Wright.

An exclusive premiere of this one off recording, accompanied by an interview with Future Islands and Christian Wright will air on April 18th between 7 and 10am on Mary Anne Hobbs’ BBC 6Music show.

“Future Islands Direct to Vinyl is an unusual take on the concept of Record Store Day, but it’s our tribute. It’s is in the spirit of the day, and we hope it will encourage listeners to get out there and support their local store” says Christian Wright.