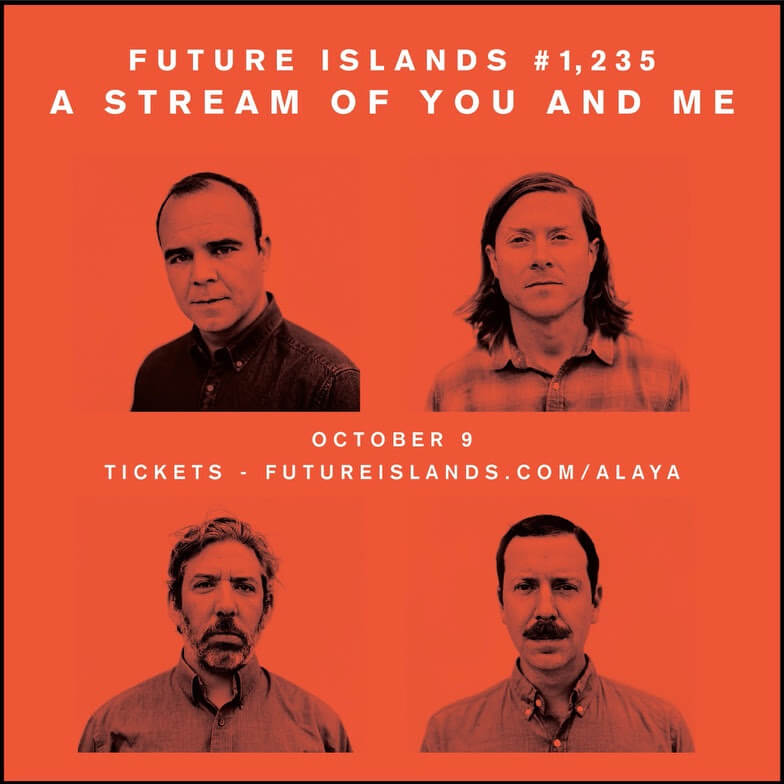 On October 9th, Future Islands will release their sixth full length album As Long As You Are, the band will perform their only show of 2020. The Baltimore group have been road warriors for over a decade, touring extensively every year without fail. 2020 will mark the first year since 2008 that the band will not hit the road. Instead, for their 1,235th live show, the group will move online for a one night livestream event. ‘A Stream of You and Me’ will be filmed in Maryland and feature a bespoke one-off light show created by light artist Pierre Claude (The Strokes, Phoenix, Gesaffelstein). The broadcast will be directed by Michael Garber (Phoenix, Bon Iver, Kamasi Washington).

Future Islands will release their new LP As Long As You Are, on October 9th via 4AD. As Long As You Are looks to the past as well as the future, confronting old ghosts and embracing a new hope. It is an album about trust, full of honesty, redemption and “letting go”, allowing old wounds to heal and bringing painful chapters to a close.

As Long As You Are also signals a new era for Future Islands. Drummer Mike Lowry officially joins as a fully-fledged member and songwriter bolstering the founding trio of William Cashion, Samuel T. Herring and Gerrit Welmers. Together, the four-piece took on official production duties for the first time, co-producing As Long As You Are with engineer Steve Wright at his Wrightway Studios in Baltimore.

Future Islands
As Long As You Are
Track Listing
4AD 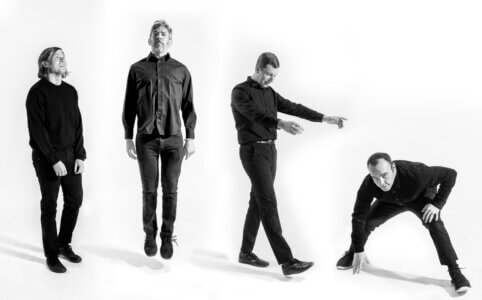