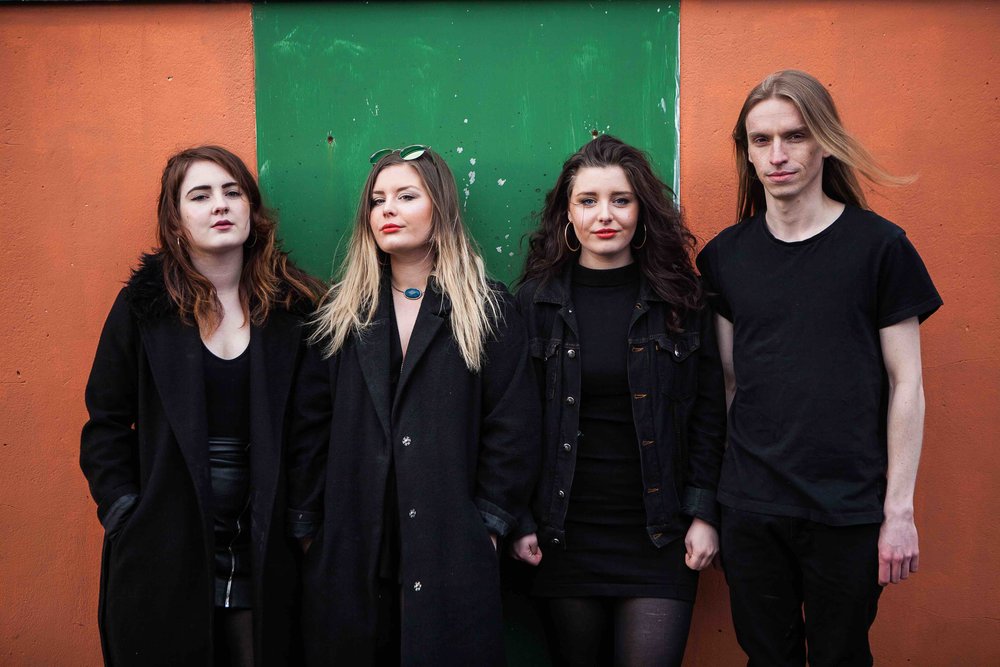 Four-piece surf rock band The Van T’s, are back with their reverb-drenched single “Fun Garçon November” out today via Bloc+Music. The Glaswegian surf-rock band released their EP A Coming of Age in July.

The track encapsulates all the great elements of a band who exude talent way beyond their youthfulness; relentless guitar washes over the listener like the sound of a crashing wave, as the duel vocals of twin sisters Hannah (guitar, vocals) and Chloe Van Thompson (guitar, vocals) amplify the diner-like retro feel the song already has all fused together beautifully by the tight rhythm section headed up by Joanne Forbes (bass) and Shaun Hood (drums).

The release of Fun Garçon will complete what has been a busy year for the Van T’s. Support slots with Yuck and Rat Boy, who personally chose the band to play, were followed by a festival season which saw the band play T in The Park’s BBC Introducing stage, Electric Fields, Wide Days and Stag and Dagger.

“Laguna Babe” by The Van T’s