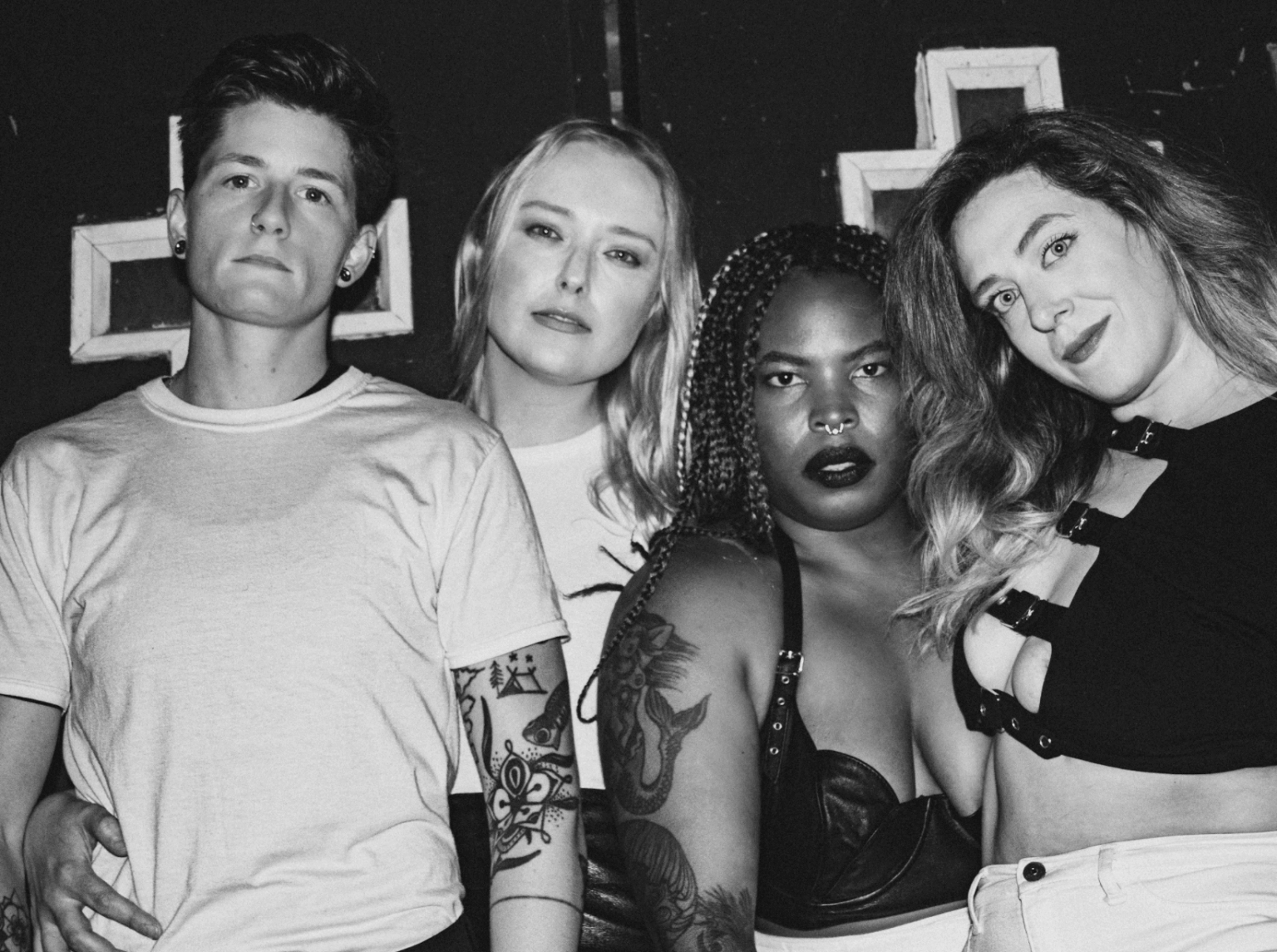 Post-punk quartet Full Bush have announced their sophomore EP, Movie Night, will drop on December 3 via Brutal Panda Records. along with the news, the band have shared the EP’s title track and lead single (“Movie Night”). 100% of profits from sales will be split between these three nonprofits: Morris Home, Loveland Foundation, and The Innocence Project. Full Bush is playing a record release show at Johnny Brenda’s in Philadelphia on December 16th.

Of the track, the band said: “‘Movie Night’ is about what it feels like when people project their insecurities onto you instead of addressing their own shit.”

Movie Night is about Jayne’s old apartment and that one long walk home after The Dolphin. It’s about phone calls you get in the middle of the night when you know something is wrong. It’s dysphoria. It’s about losing the vapes. That one trip Cassie took to Florida. It’s about writing bits on the stacks at Apex. It’s about Kate’s conversation with her inner child. It’s about talking. Or not talking. It’s about a movie that Adesola saw about vampires and it moved her. It’s about drinking too much. How love can be your savior but can also make you feel so utterly lost. It’s the mother fucking cortisol levels. It’s about change. It’s here. It’s forever.

“The EP is about change. Whether within ourselves or outside, the past few years have seen a major shift for us individually and as a band. We acknowledge the pain that was caused by our trauma responses, gaslighting assholes, or turbulent relationships. Sitting in and confronting the discomfort of necessary internal shifts and letting go of what doesn’t lift us up, support us, love us in all the beautiful, fucking flawed ways we are as humans. Movie Night is the endcap of self dialogue when you realize you have control and you aren’t dealing with bullshit anymore, you’re stomping on it.”

Additionally Full Bush have collaborated with three artists (Marian Bailey, Theresa Baxter, Eva Martinez-Bond) on a series of limited edition merch designs, currently available on their Bandcamp, to benefit various organizations close to the band’s heart. The band commented on the initiative:

“During the height of the pandemic last year, we decided that whatever we do next, we wanted to do something to help our community in a tangible way. We’ve always been tied to organizing/mutual aid as individuals but last year pushed us to want do something bigger, as a band. So we had three amazing artists design shirts that 100% of the sales will be split among three organizations doing amazing work. Quarantine times might be over but we can only get through together by educating ourselves about each other, empathy, continuously challenging our patriarchal systems, and mobilization through mutual aid.”