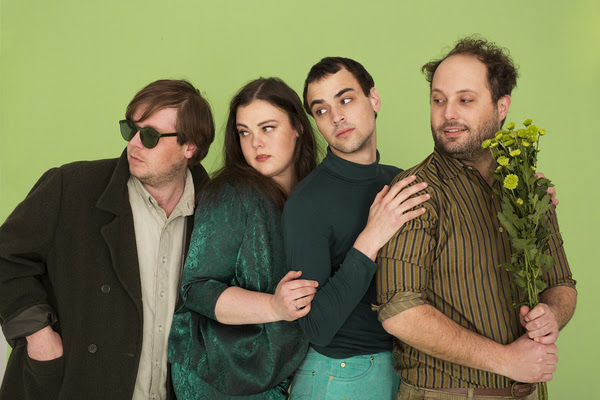 Totally Mild, have shared their new single, “From One Another.” The track is off their forthcoming release Her, due out, February 23rd via Chapter Music. Totally Mild will be heading to North America for a tour, this March. They are scheduled to play New York City’s Mercury Lounge on March 19 as part of Our Golden Friend NYC showcase.

Totally Mild started out as the solo project of songwriter Elizabeth Mitchell, and has now become a full blown lush pop quartet. Elizabeth’s voice is a thing of unearthly beauty, capable of soaring and swooping in shiver-inducing ways. As a songwriter she is equally arresting, addressing desires and dreams with affecting frankness.

In Totally Mild, Mitchell is joined by guitar magician Zachary Schneider, drummer Ashley Bundang (who plays on the album, but has since been replaced in the live band by Dylan Young) and bassist Lehmann Smith. Her was produced by and one-time Architecture In Helsinki member James Cecil.

About the new album, Mitchell says; “I was torn between a new domestic life and the impulse to tear it all away with bad choices. I fell in love, but I wrestled for independence. I was always trying to prove that I didn’t need anyone; my wife, my friends, my band. Her is a document of a woman struggling with the idea of potential. We are told that we could be limitless, but we wrestle with unseen personal and structural walls.”