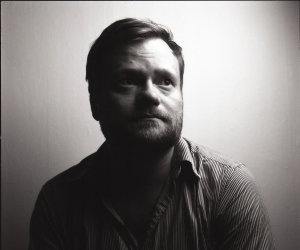 Five things about Carey’s Cold Spring that I want you to know about by Carey Mercer:

1. Not a conceptual work; no over-arching theme or conceptual thread that runs through the record.

2. That said: it was made over a period of three years, and in that time a lot ran through my vision: riots, occupy, revolutions, storms, floods, melodramatic gestures, leftist factions, mass marches in the streets, the sheer and shocking crookedness of our political and economic system, fear of the right, fear of torture, of murder, of future firing squads, of the consequences of idealism, of the consequences of having no ideals or ideas. A part of this record is deeply fearful, almost paranoid, the sound of a person grinding his or her teeth in the night. But just a part of it. It’s also the sound of the birds in the morning, I hope.

3. My dad died. Not specifically pertinent to you of course, except that a few words of loss pop up here and there.

4. The last song, “Claxxon’s Lament,” is a song of deep loss: it’s a song that’s been kicking around for awhile. I first wrote it in the early 2000s, and then it just kind of sat at the edge of my consciousness for what feels like close to a decade. When my dad entered hospice, in his last hours, I was alone with him, and as he was a fairly devoted guitar player, I thought it would be nice to play him some music. There was a classical guitar there, so I went and got it, and sat down beside him, and thought, “Shit. What am I going to play? None of my songs really translate to the acoustic, or at least none that I can think of.”

And then I remembered “Claxxon’s Lament,” which I think is a good enough song to play while your dad passes out of life. So I sat by him and sang it; I sang it really well, of course, because I had the sense that it was the last song he would hear, not that there was any evidence he could actually hear, but still, it was the last song that went into his ears. I also sang it loud, because even though a hospice is supposed to be quiet, I wanted it to mean something, and sometimes volume creates its own meaning. Anyways, after that, the song took on a new meaning for me, and I thought it would end this last record nicely; I had studio time booked and wedged it in at the very last minute.

5. Two days after I green-lit the final mixes of the record, I got a call from a doctor who told me that I have throat cancer. I’ve been really hesitant about including this, going back and forth, but I have decided to include this information: illness is nothing to be ashamed of, but it is a big thing, a thing that impacts a life and forces changes on the way, for example, a songwriter releases her or his product. So I release this from a place where it’s hard to say if I will be on the road to promote it. This is why I have chosen to control the release myself and put it out through the limited channels available to me right now.

1. The Road is Long
2. The Country Child
3. Your Holiday Treat
4. Don’t Give Up Your Dreams
5. Needle in the Sun
6. Noni’s Got a Taste For the Bright Red Air Jordans
7. A Duration of Starts and Lines That Form Code
8. Seven Daughters
9. Claxxon’s Lament