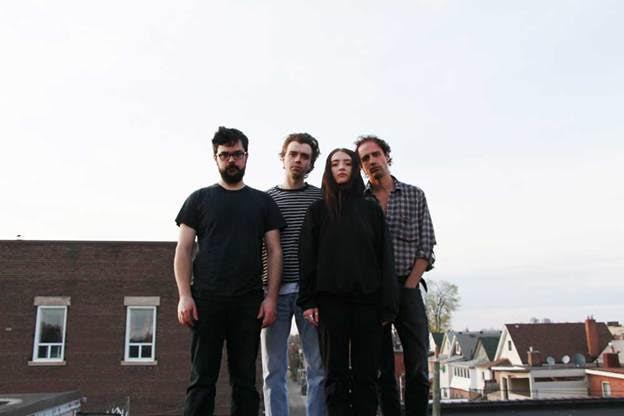 FRIGS are heading back out on the road after a summer tour that took them through North America and the UK supporting their Slush EP. Beginning on November 17 at M for Montreal, they will tour throughout the Eastern and Central US before returning to Canada later this month, ending with a hometown show in Toronto.

Recently, the band premiered their new single, “Chest”, which was written shortly after their last UK tour, featuring Jaime McCuaig on background vocals. “We felt re-energized as a band, this song felt like a break through sonically and structurally,” says vocalist Bria. “At the time I think I was suffering a little bit of post tour depression and was spending weeks obsessing over the Brock Turner rape case. I was really angry and decided I needed to channel that frustration lyrically into this song. Anger over passive sentencing, victim blaming, and white male privilege. I was just pissed and wanted to ask what it would take for people to start realizing out how backwards this whole thing was; releasing a white, privileged, rapist while continuing to incarcerate hundreds of people of color over lesser crimes. Selfishly, this song is me dealing with those things.”

The single’s B-Side “Thrashyard”, was also released recently. The track, which began as a band jam a long time ago, has seen many iterations of itself throughout the years. Bria tells Noisey that “Thrashyard”, “really grew out of playing with rhythm and noise to create an atmosphere. We like to play with tension a lot and this might be our strongest song in regards to that. Whenever I would write or re-write lyrics for this song, for some reason I always envisioned some sort of post apocalyptic desert with nothing around for miles. I guess the lyrics are about being in that emptiness and trying to remember what anything and everything feels like. The power and the strength that can grow out of solitude and the uncertainty you feel when left alone with yourself.”

FRIGS is made up of Bria, Duncan, Lucas, and Edan. The band pairs the raw, emotional grunge of PJ Harvey with the immersive, psychedelic post-punk of early Sonic Youth.