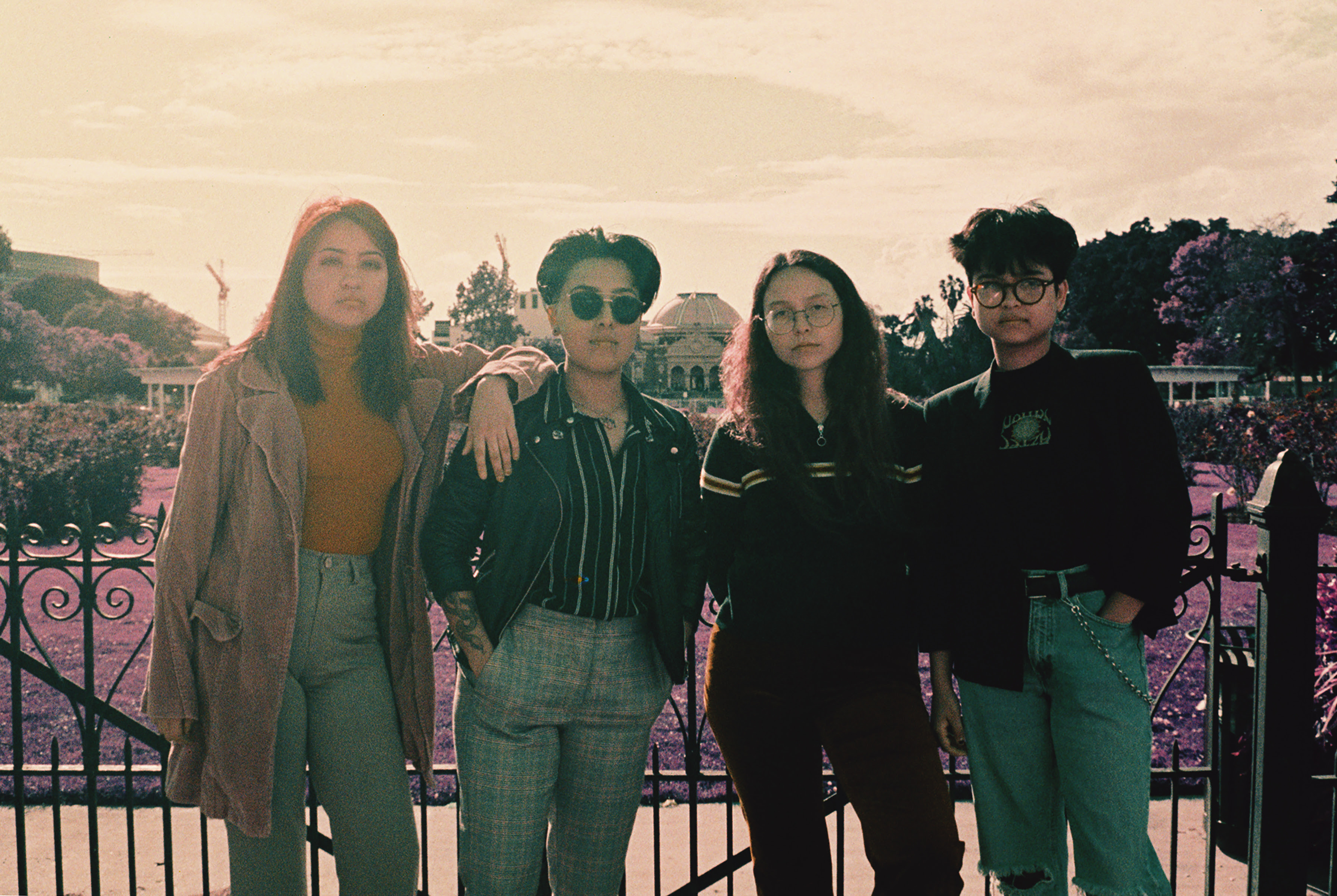 “I wrote ‘Friday Nights’ when the relationship ended with my ex and I impulsively wrote down a list of all the times they did me wrong in our relationship” “The emotion in this song is honest and I feel like that’s a big reason why most of our fans can connect to it. We all go through heartbreak, betrayal, etc. It’s a type of song that we can all relate to and have a person say “someone out there has gone through the same shit that I’ve gone through” and I hope that this song helps someone just as much as it helped me,” she adds.

Growing up in the suburbs of Ontario, CA sisters Harmonie and Heaven Martinez have been playing music before they could walk and songwriting since middle school. It was when the two brought a few friends into the equation that they formed what is now a rock band they call Ariel View. With Harmonie Martinez (vocals/lead guitar), Heaven Martinez (vocals/bass), Miranda Viramontes (rhythm guitar), and Nadina Parra (drums), Ariel View have played countless DIY and club shows across Southern California. Influenced by garage, surf, psych rock, emo, and pop punk, Ariel View make music you can dance to, party to, sing along to, or maybe even cry to if that strikes the mood.