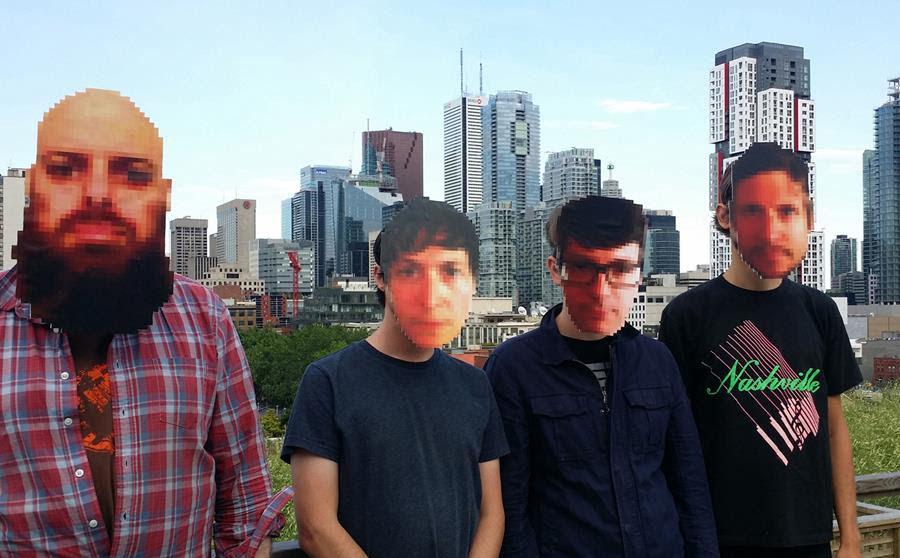 FRESH SNOW, recently released their second full-length album, ‘ONE’. Recorded with Graham Walsh (Holy F***, METZ, Preoccupations) in a rural Ontario barn, ‘ONE‘ arrived less than a year after their 2015 EP ‘WON’, via Hand Drawn Dracula (Beliefs, Doomsquad, Etiquette). Stream the animated video for “I Can’t Die” over at Ad Hoc. Directed by Benjamin Portas, the video depicts “constructed spaces and realities in digital purgatory. I made up that world as a response to ‘I Can’t Die.'”

With ‘ONE’, Fresh Snow pushes their own boundaries further than ever, creating something more confrontational, yet more accessible, than anything they’ve done before. The band describes ‘ONE’ as an album that is both structured and instinctual, made without ego or fear of alienating its listeners. Noise and texture is always prevalent, however minimalism is newly explored in places throughout the album, alongside electronic treatments, and English / French vocals.

Fresh Snow’s inventive live shows – performances within pods or around projection screens, leading audiences from one room to another mid-show – are legend to those already in-the-know. They’ve performed alongside groups as diverse as Atlas Sound, Tim Hecker, The Pop Group and Ratking, as well as forming a one-off blisteringly loud band with METZ (FrETZ).