After two years and over a dozen tours, Freelance Whales were feeling road-worn and eager to rediscover their creative process. To tare the scale, the band embarked on a many faceted journey during which they found themselves isolated in West Kill, sprawled with their instruments in Hoboken, and packed into studios in Brooklyn and Manhattan. What resulted from nearly a year’s worth of creative productivity is the group’s second full-length, Diluvia.

Whereas Weathervanes was delivered from the perspective of a child infatuated with ayoung female ghost, Diluvia is a record about the possible survival – or peril – of space- faring humans and other arguably fantastical scenarios. Curiosity over these unknowns has evolved into notions of space exploration, ancient astronauts, dreams, and natural and artificial selection, with new songs building to expansive, atmospheric destinations. Working to evoke both prehistoric and pseudo-futuristic sensations, the record invites listeners to indulge in more elastic thought, perhaps, than it’s predecessor. 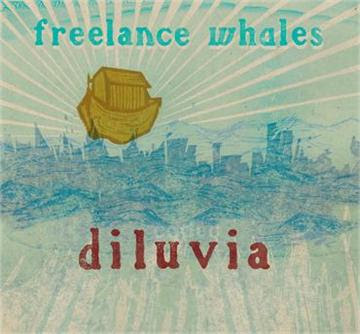