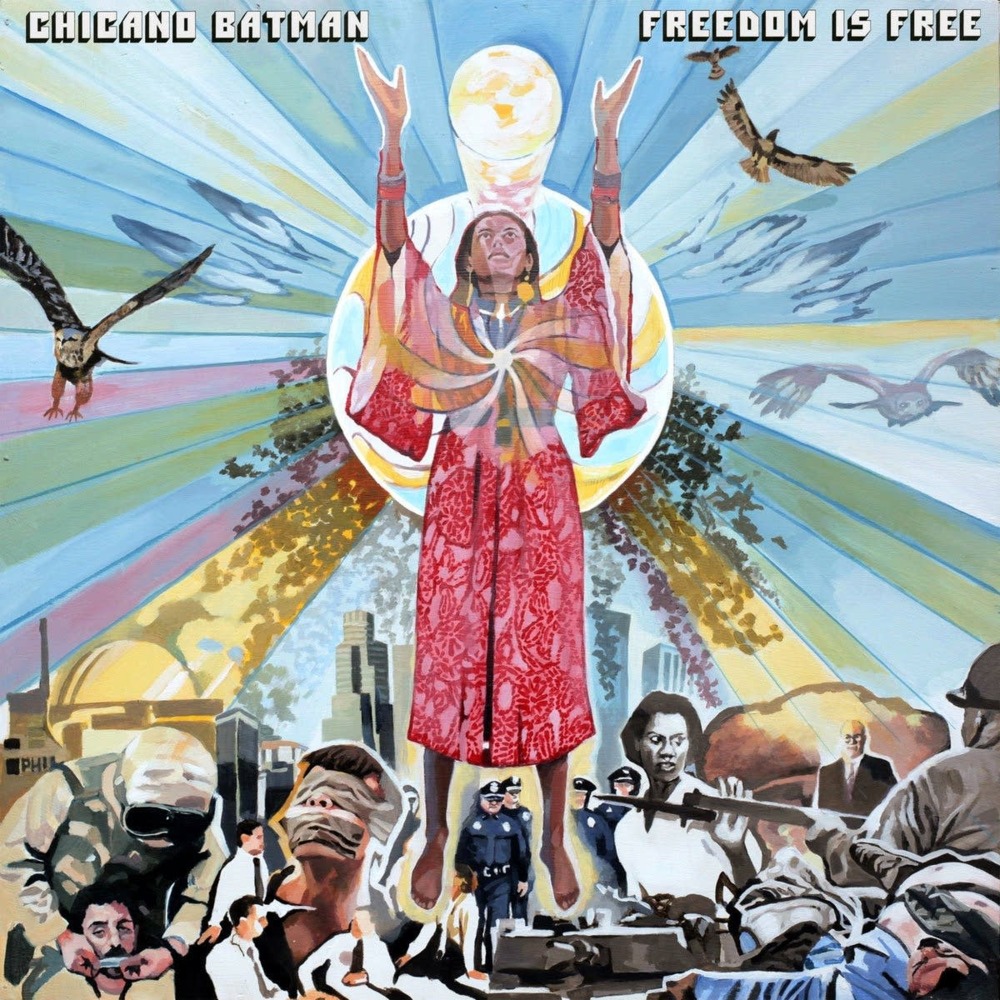 We’re at another moment in time where the state of the world is uncertain, dicey at best. Liberties are being threatened by the powers that be, though not met without resistance. U.S. President Donald Trump’s travel ban was struck down by the courts and massive protests in his first month of office, but for how long? And what of the rights of women, racial minorities, LGBT and other marginalized peoples that are also under fire in this bizarre, post-Breitbart White House? The fear-mongering is enough to make you buckle, but you’ve got to keep fighting the good fight. L.A. soul foursome Chicano Batman’s new Freedom is Free album takes the high road in this regard.

While not specifically addressing the current administration, you could argue that Bardo Martinez’s smooth crooning of “there’s no amount of negativity that can put a dent on me” is especially relevant to what’s happening in the U.S. right now. He sings his situational awareness proudly above staccato string bends and the gummy worm elasticity of Eduardo Arenas’ bass. It’s a proud, positive defiance.

“Throughout our history the state has presented the rationale (through propagandistic means and ends) that freedom is not free; that your personal freedom is contingent and dependent on the well being of the state,” Martinez explains more philosophically in a press statement. “This logic has explicitly justified war and its atrocities in the name of freedom. This song is an antithesis to that ideological fallacy.”

Freedom is Free is Chicano Batman’s third album since 2010, and first for ATO Records. This latest full-length combines elements of throwback soul, Latin funk, and cumbia, though certain stylistic choices work better for the ensemble than others. The aforementioned title track is potent in message and approach, while relationship-questioner “Friendship (Is a Small Boat in a Storm)” is a Farfisa-screeching soul jam. Elsewhere, the hop-and-skip R&B revivalism of “Jealousy” is more functional than it is fresh, while the horns-adorned slow-simmer of “The Take Story” never reaches its boiling point.

The middle of the record is quite strong. “La Jura (Prelude)” possesses a nice brushed snare sound and some dust-spangled guitar work, a precious lead up to the laid-back groove of “La Jura” proper. “Flecha Al Sol” keeps up the momentum as an all-sunshine, Spanish language psych-soul song with a funky drum break that begs to be sampled.

“Run” finds Chicano Batman at their most ambitious, but the arrangement is overstretched and overly complicated. The blend of pizzicato guitar plucking and choir of harmonized “mmms” behind Martinez’s tale of opening up his mind’s eye is hypnotic, but the jumpy nature of the rest of track unsettles the rhythm, a series of drastic time changes disturbing the listener’s focus. Chicano Batman have tapped into their own creative freedom, as they should, but a little restraint could have gone a long way with “Run.”
While shaky at times, Freedom is Free offers some interesting ideas, both musically and philosophically. Martinez’s outside comments on the title cut explain how the concept of freedom has been bundled into capitalism, and “commodified like any other product”. While he’s rallying against the system, it’s worth noting that he’s packaging personal politics via an album he’s looking to sell you. It’s an epic, oroborous conundrum to wrap your mind around, if you’ve got some free time. 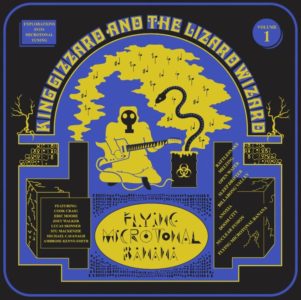