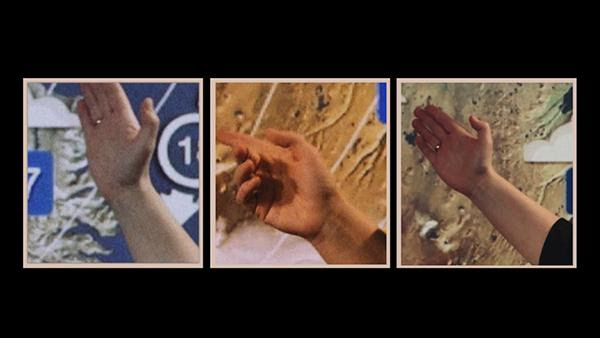 Neil Michael Hagerty and The Howling Hex and Fred Armisen have teamed up for a video. Comedian/actor/musician Armisen and Haggerty, recently journeyed to Iceland, to film the music video for the new Howling Hex single, “Mountain”.

Fred’s agile direction features razor-sharp cuts, repetitions and loops, highlighting the mile-high energy assault, swift percussion and searing sting of Neil’s six-string gymnopodie while meeting the “Mountain” in its own aerie! The return of Neil Hagerty and the Howling Hex is extra-glorious with Fred Armisen’s idiosyncratic visual stimulation – “Mountain” is bound to elevate your senses.

Neil Michael Hagerty and The Howling Hex are also headed to Europe in May.

May 06 – in Ghent, Belgium at VOORUIT
May 07 – in Rotterdam, Netherlands at ROODKAPJE SUB
May 08 – in Brighton, UK at THE PRINCE ALBERT
May 09 -in Cambridge, UK at THE PORTLAND ARMS
May 10 in London, UK at MOTH CLUB
May 11 – in Leeds, UK at HEADROW
May 12 -in Glasgow, UK at BROADCAST
May 13 -in Preston, UK in THE CONTINENTAL PUB
May 14 – in Brighton, UK at EXCHANGE
May 17 – in Hamburg, Germany in ASTRA STUBE
May 18 – in Copenhagen, Denmark in JAZZHOUSE
May 19 -in Oslo, Norway in REVOLVER
May 20 -in Gothenburg, Sweden at FOLK
May 21 – Aarhus, Denmark at POP REVO FESTIVAL
May 26 – Prague, Czech Republic at KLUB 007
May 28 – Ljubljana, Slovenia at CHANNEL ZERO
May 30 – in Bologna, Italy at FREAKOUT CLUB
May 31 -in Rome, Italy at FANFULLA
June 01 -in Genova, Italy at TEATRO ALTROVE
June 03 – in Barcelona, Spain at PRIMAVERA SOUND
June 05 – in Biel, Switzerland at TBA
June 06 – in Zurich, Switzerland at BOSCHBAR
June 07 – in Geneva, Switzerland at CAVE12
June 08 – in Paris, France at LES INSTANTS CHAVIRÉS
June 11 -in Porto, Portugal at NOS PRIMAVERA SOUND