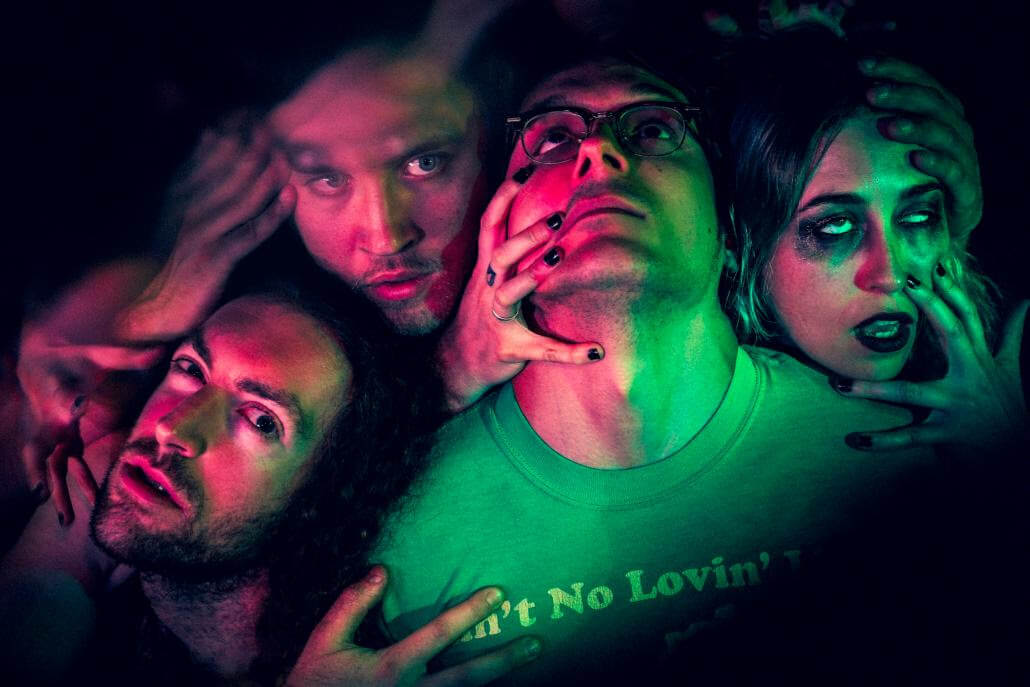 Frankie & The Witch Fingers are back with their new single “Cookin.” The track appears as the A-side on a new 7″ backed by the brand new “Tracksuit.” The band is currently touring the US, joined by Acid Dad. Shpws include, stops at the Bowery Ballroom, Atlanta’s Shaky Knees Music Festival, and Levitation.

The band includes songwriters Dylan Sizemore and Josh Menashe, the band has kept a rotating door of friends and collaborators moving through their midst along the way, with each bringing their own particular melt to the mountain of sound the Witch Fingers maintain.

For their live dates, the band will be joined by drummer Shaughnessy Starr will bow out for this run as friend and kindred spirit Jon Modaff steps into the rhythm seat for these shows. Meanwhile, a familiar face, the band’s friend and long-time collaborator Nikki Pickle (Death Valley Girls), has come on board as a permanent bassist following her work on the Monsters tour. With past stints spent opening for Oh Sees, Cheap Trick, and ZZ Top, the band has long proven their heft, and the upcoming tour sees them continuing their ascendancy as heirs of the amp stack kingdom.