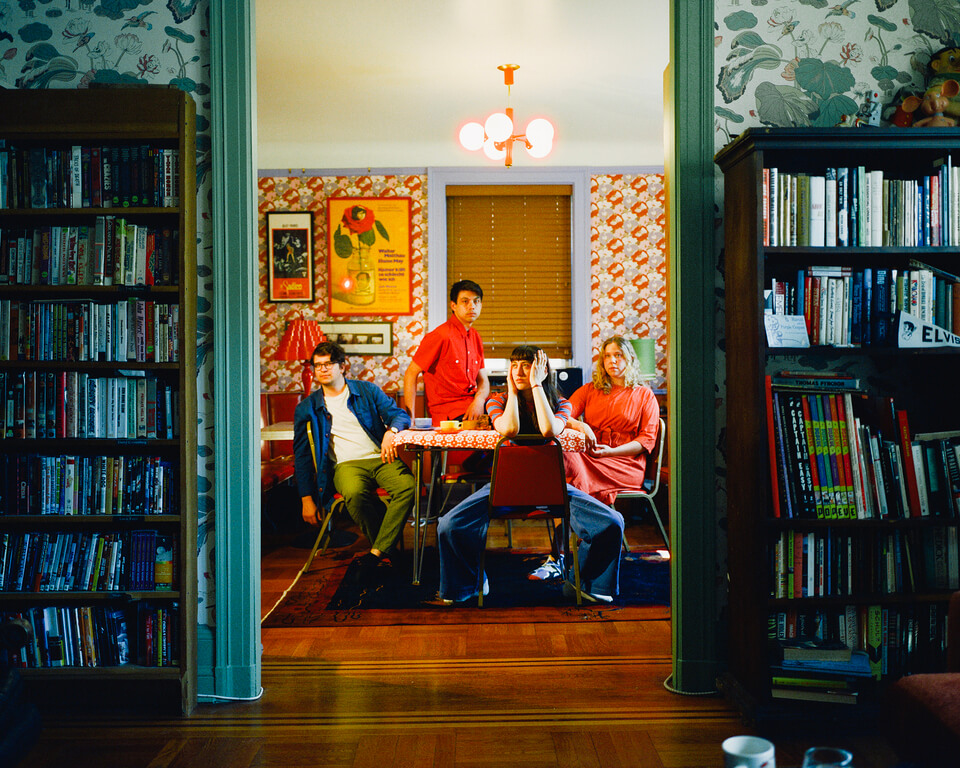 Frankie Cosmos release video “Aftershook". The track is off their forthcoming album Inner World Peace, available October 21, via Sub Pop
Share on TwitterShare on PinterestShare on PocketShare on RedditShare on FacebookShare on Email

A morning trip to the corner coffee spot becomes disorienting and hairy in the new Frankie Cosmos video for “Aftershook,” from filmmaker Andy Rose Fidoten. The song is lifted off their forthcoming release Inner World Peace. The track follows Inner World Peace’s single “One Year Stand.”

Greta Kline offers this on the song, “‘Aftershook’ is about processing the past, and grappling with maintaining a balanced ratio of emotional awareness and hopefulness. The clown represents my fear of growing up into the kind of stunted adult that toxically influenced my youth.”

As for the “Aftershook” video, Greta says, “Lauren had the basic idea for this music video, and we liked it for this song because it has a sort of spooky vibe to it. I love where Andy and their team took it because it feels like it’s about grappling with one’s sense of self/reality, and searching for one’s place in the world/community.”

Frankie Cosmos will release Inner World Peace, their fifth album, on October 21st via Sub Pop. The album, which features the aforementioned “Aftershook,” along with standouts “One Year Stand,” “F.O.O.F.”, and “Empty Head,” was co-produced by Frankie Cosmos, Nate Mendelsohn, and Katie Von Schleicher at Figure 8 Recording in Brooklyn, New York, mixed by Mendelsohn and Von Schleicher, and mastered by Josh Bonati at Bonati Mastering.

Greta says of the zine, “You may not have heard of this zine if you aren’t on our mailing list, but I’ve been handmaking these and producing them in small batches, and I’m excited to have the opportunity to print and share more of them.”