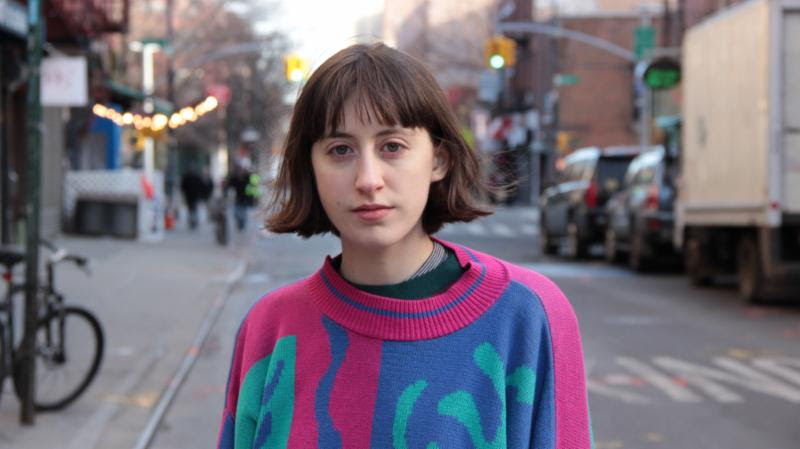 The project of New York native Greta Kline, Frankie Cosmos has today announced her latest musical chapter with the release of Next Thing out on Bayonet Records April 1st.

Greta Kline’s musical output as Frankie Cosmos was born out of online self-releasing. Kline initially built a reputation with her prolific catalog of bedroom recordings and as a performer and advocate of New York’s All Ages DIY scene. The beauty in Kline’s writing does not lie within immense statements and large gestures, but instead can be found in her ability to examine situations and relationships with heartbreaking sincerity. In 2014 Kline released her first studio album.

In 2015, Kline signed to Bayonet Records, immediately releasing an EP where she experimented with writing in an electronic setting. The EP Fit Me In. Kline then began recording her next album appropriately titled, Next Thing. Like Zentropy, Kline approached Next Thing by fleshing out several old home recordings, and by writing half of the album from scratch. Next Thing explores new emotional and instrumental territory for Kline.