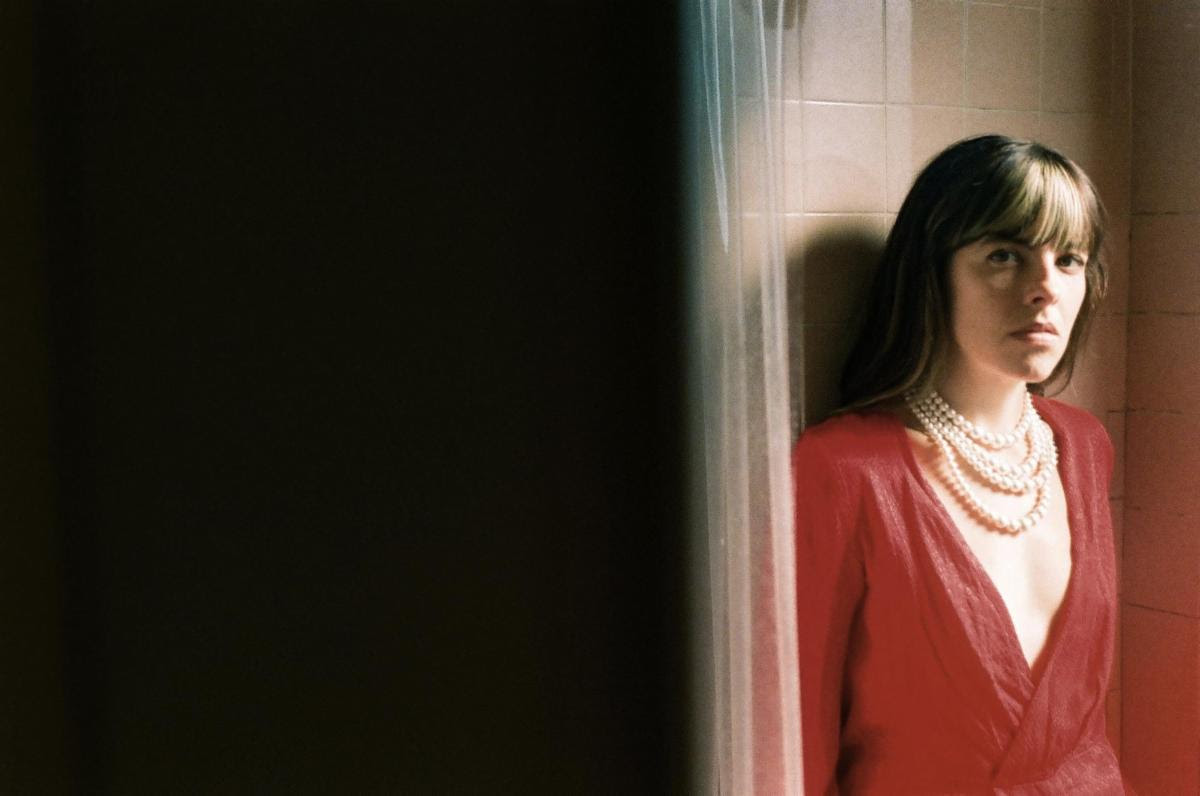 Frances Quinlan has a released a new video for “Rare Thing.” The Hop Along singer, will release her debut solo album Likewise on January 31, via Saddle Creek. The song’s lyrics relate a tumultuous dream about her then-infant niece, “Rare Thing” finds Quinlan expressing both joy and sadness in the discovery that a better, and perhaps more generous way to love exists. The Derrick Belcham-directed video, features Quinlan blending her talents as both a musician and visual artist as she creates 10+ feet tall paintings throughout the clip. Quinlan’s visual art has been a key component of both much of Hop Along’s records and apparel and Frances’ solo work, with a self-portrait of Quinlan on the cover of the forthcoming Likewise.

Quinlan recently announced a headline US tour in support of Likewise, where she’ll be joined by Mary Lattimore, who’ll both act as support while also joining Quinlan for her sets. Frances has also added a tour date with Death Cab For Cutie’s Ben Gibbard, she will perform at SXSW in March 2020, and perform in London on January 15th.

Recorded with bandmate Joe Reinhart at The Headroom, Likewise sees Quinlan tap into new sounds. “Working with Joe on this made me able to better see that the guitar is just one vehicle… there are so many others to explore,” Quinlan says on this collaboration, which features synthesizers, digital beats, harps, strings, and a wide variety of keyboards. This newfound openness to sonic exploration echoes the sentiments of Likewise, which is a gorgeous rumination about the universal struggles of communication and connection between human beings. Likewise will be released on January 31st via Saddle Creek. All limited edition vinyl are sold out, but the standard black vinyl are still available.