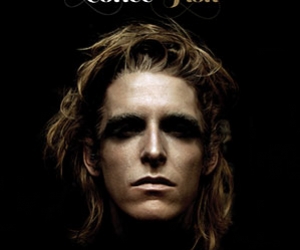 Child stars, swallowed up and spat out by the Hollywood machine at an early age, tend to grow up into destruction and despair. But 26-year-old former Disney voice actor Shaun Fleming – also known as Diane Coffee – is a man not afraid to veer off script in anything he does. Whether trading the sun-kissed plains of California’s Aguora Hills for the busy bustle of New York on a whim, shunning Tinsletown to craft didgeridoos for a year (“you’d be amazed at how well the didgeridoo market’s doing in this economy”) or making an album of dizzying 60s-slumming-round-the-West Coast gospel-pop, Fleming takes it in his stride. “It was a mess,” he says of My Friend Fish, recorded on pots, detuned guitars in just two weeks in his apartment fresh from his move across the country to the Big Apple. Push him a little further and he’ll tell you that’s just the way he likes it.

From the age of 6, Fleming – recently seen drumming in Foxygen – has voiced characters in Kim Possible, the Lion King, Lilo and Stitch and other kids’ cartoon phenomenon. “What can I say, it was an amazing time in my life,” he laughs now. “Eventually I just really started to fall in love with music and fell out of the acting thing.” One swim in the lush waters of his debut and you’ll thank the heavens he did. In fact, from the earthy Crosby Stills and Nash folk jolts of ‘Tale of a Dead Dog’ to the lo-fi husk of ‘That Stupid Girl Who Runs A Lot’, you might never want to climb out.

The album was shaped by an adolescence spent hunched over records by the Beatles. Beach Boys, Bowie and Bill Withers (“the four Bs” as Fleming calls them) as well as modern troubadours Sufjan Stevens, Feist, St. Vincent and Bon Iver. Closer to home, his relationship with Foxygen band mates Sam France and Jonathan Rado also played a part: “I grew up with those guys. They were writing way before I ever was. I remember thinking ‘wow, these kids are so young, I really need to get my shit together.'” Rado lends a helping hand on a couple of the tracks here.