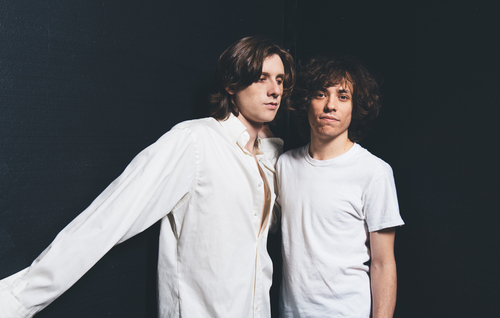 “Be Yourself,” by Foxygen, is from the upcoming Amazon Original Special, An American Girl Story – Ivy & Julie 1976: A Happy Balance. Beginning March 24, the Amazon Music Original song will be available exclusively to download and stream on Amazon Music—both Amazon Music Unlimited and Prime Music. Listen to “Be Yourself” by Foxygen ahead of its release, at https://soundcloud.com/amazon-music/foxygen-be-yourself/s-VPRE6. Written by band members Sam France and Jonathan Rado, “Be Yourself” was recorded on analog equipment to fit with the era of the special.

“We love the ‘70s, and we remember the dolls from when we were growing up, so we felt we were right for the job. We wrote our song inspired by ‘70s television show theme songs. It is also a special song because it is the only Foxygen song so far to feature (Foxygen co-founder Jonathan) Rado on lead vocals in the first verse,” explained Sam France.

An American Girl Story – Ivy & Julie 1976: A Happy Balance is the third American Girl Amazon Original Special featuring an Amazon Music Original song. The live-action special is set in 1976 San Francisco and centers on Ivy Ling (Nina Lu, BUNK’D), a 10-year-old Chinese-American girl who struggles with finding a balance between her two cultural identities: Chinese and American. With her family’s Chinese traditions and obligations, she wishes to be like her all-American best friend, Julie Albright (Hannah Nordberg, General Hospital). The special also stars Gwendoline Yeo (American Crime) and Lance Lim (School of Rock). An American Girl Story – Ivy & Julie 1976: A Happy Balance will be available for Prime members to stream and enjoy using the Amazon Prime Video app for TVs, connected devices including Amazon Fire TV, and mobile devices, or online at www.amazon.com/originals, at no additional cost to their membership.

Foxygen begins their 2017 tour next week prior to the release of “Be Yourself,” in support of their new album, Hang, released in January on Jagjaguwar.