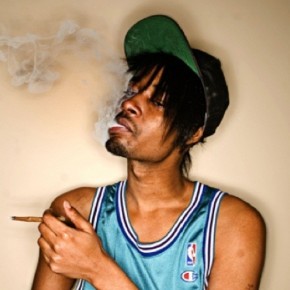 Detroit MC Danny Brown is excited to announce his highly anticipated album Old, out September 30th on Fool’s Gold Records. After two years of universal acclaim and sold-out shows around the globe, Danny jumps from “artist to watch” to undeniable icon with style as unique as his music, an inspiration to high fashion designers and legions of devoted fans alike.

This emotionally-charged concept album is as profound as it is profane, an intoxicating mix of Danny at his most experimental AND most accessible, balancing hip-hop grit with electronic club sonics and much, much more. Featuring guest appearances from A$AP Rocky, Schoolboy Q, Freddie Gibbs, Purity Ring, Charli XCX, and more over production from the likes of A-Trak, Rustie, SKYWLKR and Paul White. Old is a psychedelic portrait of rap’s most vital and exciting new star.

We signed Danny when he was an underground Detroit rapper with cornrows. Thanks to his unbridled creative impulse, he is now one of this generation’s rap superstars. Old is the culmination of his artistic development and everything Fool’s Gold stands for. It’s with great pleasure that I present to you the best rap album of the year.” –A-Trak