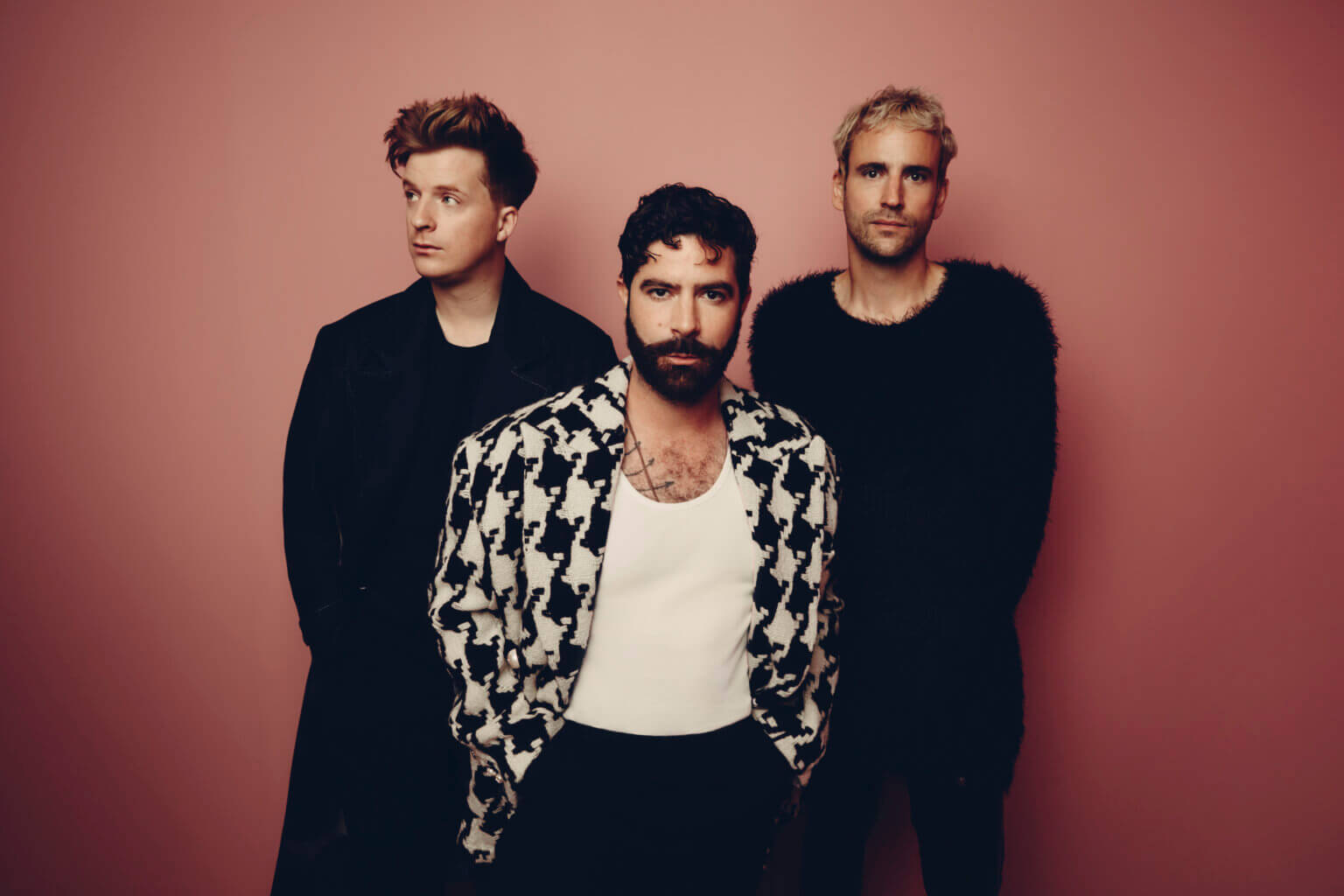 Foals, have shared their new single “Wake Me Up,” their first new music since 2019’s two-part album Everything Not Saved Will Be Lost, and the first single off their forthcoming new album, which will follow in 2022. Frontman Yannis Philippakis says, “There’s a journey that the band has gone on experimenting with different palettes of sound. This time there was a desire to take it back to more of the initial idea of the band where the rhythm, the grooves and the guitars are interlocking architecturally. We wanted to tap into the physicality of music. And we wanted it to feel good.” The band also share the music video for “Wake Me Up.” Watch it here.

The song’s escapist lyrics are a departure from Foals’ previous project. Yannis and bandmates Jimmy Smith and Jack Bevan would arrive for writing sessions at their small, airless rehearsal room in Peckham early in the morning. By the time they were finished for the day, darkness would have already enveloped South London. ‘Wake Me Up’ took shape in the midst of Britain’s already bleak mid-winter. It proved to be a subliminal influence on Foals, too, their creativity becoming as much a reflection of their environment as it is from their inner inspiration.

Yannis adds, “With ‘Wake Me Up’, I just wanted to write a song about transporting yourself to a better, idyllic situation. I think we all had that feeling of the last eighteen months being like a weird fever dream that felt surreal but very affecting. I think we all wished we could have woken up somewhere else at various points.”

‘Wake Me Up’ was produced by John Hill (whose credits include Portugal The Man, Florence + The Machine and Cage The Elephant), with co-production from Miles James and additional production courtesy of A.K. Paul (co-founder of the Paul Institute with his brother Jai Paul).

Hill oversaw the entire new album, working with Dan Carey (Tame Impala, Fontaines D.C.), James and Paul in various different configurations. ‘Wake Me Up’ is indicative of what to expect from the rest of the set, which Yannis describes as “our version of a dance or disco record” with lyrics which “transport oneself out of the oppression of lockdown and the bleakness of last year.”