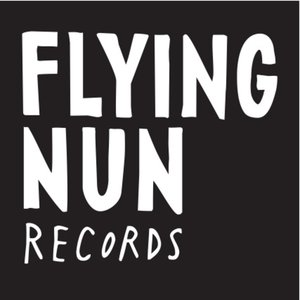 Flying Nun are pleased to announce the first re-issues they will be releasing from seminal Dunedin band The Verlaines, their debut album Hallelujah – All The Way Home (’85) and subsequent compilation Juvenilia (’87).

On December 3rd, these influential records, that arguably dictated the careers of future Flying Nun artists, will be available completely remastered and with bonus artwork. Hallelujah will also include the original insert, while the Juvenilia LP has a full 10 page booklet with flyers, posters, and liners. The CD of Juvenilia has the added bonus of select tracks from early EP’s/7”s.

Hallelujah All The Way

It Was Raining
All Laid On
The Lady and the Lizard
Don’t Send Me Away
Lying in State
Phil Too?
For The Love of Ash Grey
The Ballad of Harry Noryb

The Verlaines were formed (in any sort of meaningful way) in 1981 by a young Dunedin student Graeme Downes. First appearing on the now infamous Dunedin Double EP, which launched the career of several Flying Nun bands.

Since then, the band, named after French poet Paul Verlaine, have released nine albums, countless singles and an EP while gathering fans around the world with songs that combine classical composition, romanticism and pop.

After a series of singles and an EP, the band released their first full-length album Hallelujah – All the Way Home in 1985. Just like their early releases, at the heart of these songs were tales of drunkards and romantics all punctuated by guitar blasts and instrumental flourishes. It was the perfect debut for a band that would continue on for over 30-years, constantly building intensity, all the while refusing to stick to one pitch or tone. Even the more straightforward songs can’t help but take unexpected turns, and tracks such as “The Ballad of Harry Noryb” and “Phil Too?” rapidly became highlights of any Verlaines’ show.

By 1987, the band was ready for album number two, Bird Dog, which features some of the bands’ most uplifting and introspective work. Built around mournful ballads and explosive guitar strumming, the album is unforgettable and unmistakably the Verlaines. Yet, despite its complexity, Bird Dog sounds effortless and is a testament to both the band’s craftsmanship and Graeme Downes’ sophisticated song writing abilities.

In between the two albums, the band and Flying Nun decided to release a compilation of their early singles and EPs. Titled, Juvenilia, and released in 1987, it opens with the irrepressible ‘Death and the Maiden’, a song that for many is archetypal of the group’s deft ability to capture a pop hook. The album also features their first two tracks, ‘Angela’ and ‘Crisis After Crisis’, recorded on Chris Knox’s infamous four track and released on the Dunedin Double EP. A showcase of the unstoppable song writing skills of vocalist/guitarist Graeme Downes, from the single ‘Doomsday’ to their perfect love song ‘Joed Out’, Juvenilia combines all the elegant and often magnificently moody elements of the Verlaines.

On their third release, Some Disenchanted Evening (1989), Graeme Downes and co. decided to take a more traditional rock approach to song writing. The result was eleven tracks, stripped-back to reveal the gossamer beauty that underlies the band – and one that could be bitterly sardonic at times. By this stage, the Verlaines were developing an international following, catching the ear of college radio listeners and other fans around the world, eventually leading to the release of Ready To Fly (1991) and Way Out Where (1993) on US label Slash. Having gone through multiple line-ups over the years, the band then went on an extended hiatus, before Downes gathered together the troops for 1997’s Over The Moon. It was not till 2003 that they released another record on Flying Nun, with their career retrospective You’re Too Obscure For Me, which was followed up a few years later by Pot Boiler (2007).

Despite all the changes, and with songwriter and guitarist Graeme Downes (now the head of Music at the University of Otago in Dunedin) still at the helm, the band continues to regularly record with their latest album Untimely Meditations released in 2012 and a new one currently underway. Proving, that after over three decades of making music, Downes still maintains the innate ability to mould songs of sophisticated pop and swinging melodies.