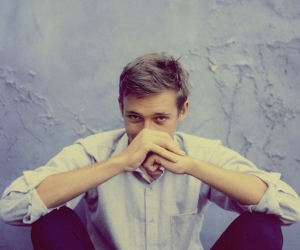 This weekend marks Flume‘s return to the states for his second North American tour. The rooms are bigger, and hence, so is the show. He’s bringing his Infinity Prism with him this time around, the same one that captivated audiences in Australia earlier in the summer.

Also, earlier today, he premiered the new video for “Insane, ft. Moon Holiday” a dreamlike film that places a motorcycle-riding heroine in the midst of a dark cityscape, seemingly culled from the pages of a Philip K. Dick novel. Directed by Angus Lee Forbes (of production company Toby and Pete) and written by Toby Pike, the video also features cameos by Flume’s Harley Streten himself and the Infinity Prism.

November 2013 will see the release of a Deluxe Edition of Flume’s groundbreaking debut full-length! The deluxe edition will feature new versions of album tracks with a star-studded assemblage of emcees, musicians, and producers, as well as remixes by and of Flume. It will be a massive 2xCD + 2xDVD release, with live footage and even stems of Flume songs to create your own remixes of “Insane,” “Holdin’ On,” and “On Top.”