Trans-Atlantic Toronto/London group The Flowers Of Hell’s fifth album, Symphony No.1, will be released on December 2nd via Optical Sounds. Today, the band has revealed the album’s “Heiligen”.

Group leader and composer Greg Jarvis, explains how the Sex Pistols’ now deceased manager, Malcolm McLaren, gave him the notion that if you can make a punk song, you can make a symphony.

“I spent a few days with Malcolm in Prague when I worked at a label there and I got to ask how he’d made the symphonic versions of the Pistol’s songs along with his more operatic records. He told me, ‘I don’t play anything, I just know what I want and tell people in the studio what to do or what to try to do – and eventually it becomes what I’m after.’ That gave me the belief I could do symphonic stuff too, despite not being able to read or write a note.”

Alas, it took the legendary Lou Reed to save the day when Jarvis had doubts and abandoned the symphony half way through writing it. Reed began his final BBC6 show playing three Flowers Of Hell recordings in a row, declaring them to be “beautiful”, “amazing”, and “great” – praise that gave Jarvis the resolve to return to work and finish.

The composition and production was influenced by synesthesia, a rare neurological condition of fused senses which causes Jarvis to involuntarily see all sounds as abstract shapes around him. He uses his synesthesia to craft moving sonic paintings. “When it looks right, it sounds right – whether you can see it or not,” he explains, “For me the record’s an album length abstract animated movie.”

Some of the recording was done with producer Jeremy Darby (Reed, Cale, Bowie, Laurie Anderson) in Toronto, though the majority was produced by Jarvis at home. As a means of mixing without distractions, Jarvis spent two weeks aboard a cargo freighter, crossing the ocean with 30 sailors and 800 cargo containers on the Fort Saint Louis. The project nearly came to an abrupt end when Jarvis was held captive by Organisasi Papua Merdeka fighters in West Papua and had to play a ukulele to prove he was a musician and not a spy.

The record marks the debut of opera soprano Danie Friesen (whom Jarvis met by chance in a Toronto cafe), and also features the group’s regular roster of Canadian and British musicians, including British Sea Power’s Abi Fry, a long time Flowers Of Hell member. The group was begun by Jarvis in London as a studio project in 2002 and expanded to Canada in 2007 upon his relocation to his native Toronto.

Symphony No.1 sees the Flowers Of Hell perform an uncommon merging of Wagnerian bombast, Eno-y ambience, and soaring Morricone strings, with the fluttery sounds of Spacemen 3, Jesus & Mary Chain style feedback squalls, and reverb-maxed opera vocals. Unlike traditional symphonies, it’s composed as a recording and not as a live orchestra piece. “There’s sounds like symphonic strings reversed and run through delays and swells, things that go beyond the realm of a live orchestra,” Jarvis explains. 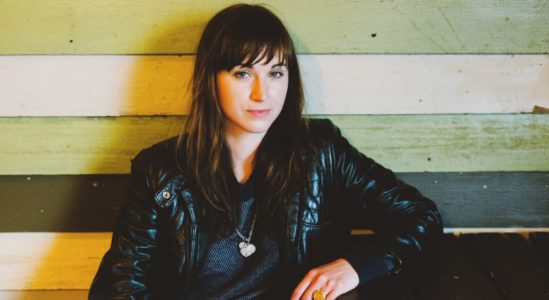