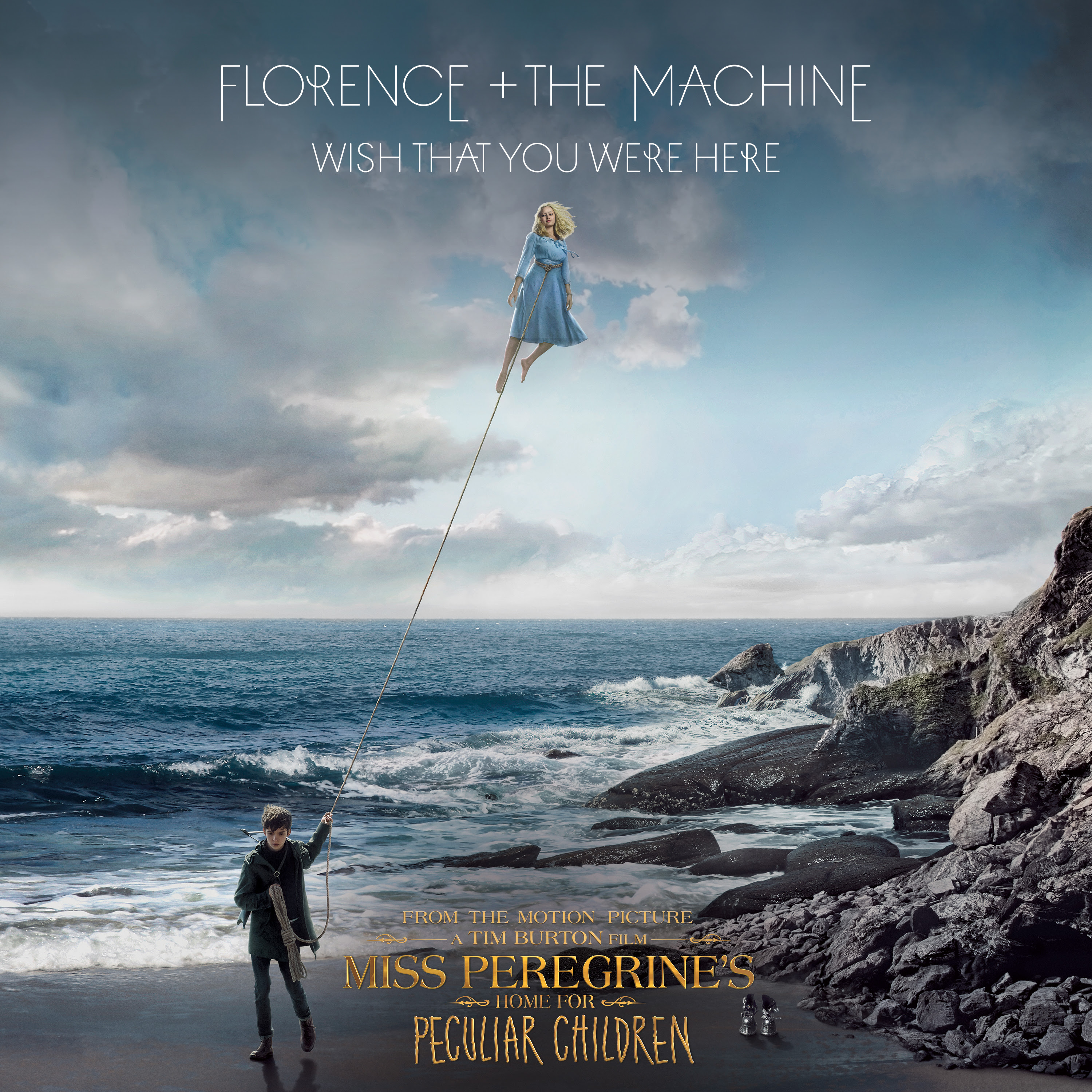 Florence + the Machine contributes a new track entitled “Wish That You Were Here” to Tim Burton’s Miss Peregrine’s Home for Peculiar Children. The film opens in theaters everywhere on September 30, while the song hits digital retailers August 26 via Republic Records.

“Wish That You Were Here” stands out as a gorgeously hypnotic and bracing original composition from Florence + The Machine. With its cinematic overtones and expansive power, the track figures prominently serving as the end-title track for the film.

“‘Wish That You Were Here’ is a song about the idea that love is a journey and a risk,” says Florence Welch about the writing the song. “Having been on tour, I’ve lived in a sort of magical time bubble, where the days almost blend together. It’s amazing, but it comes at a cost — a cost of leaving the people you love behind for a year or two. You kind of feel like if you could sing a song into the wind, maybe the wind could take it to them in a way that you can’t with a text or a call. You just want to send your love in a different way, in a way to somehow reach the unreachable.”

Tim Burton personally collaborated with Florence on “Wish That You Were Here” for the film, which is based on the best-selling 2011 novel of the same name by Ransom Riggs. A massive fan of the book series and a longtime admirer of Burton’s work, Florence worked closely with the director in a collaborative effort to record the song in a way that truly evoked the film’s ideal.

“I’ve always been a huge fan of Tim Burton’s. We have a very similar sensibility. It’s the kind of dark, dark romance of his work — so beautiful and whimsical, but with an element of darkness to it. That’s something that I always try and achieve in my work, too.

I knew we would get along really well working together and we did. I feel like we’re coming from a similar place of quite frantic imaginations trying to get the words out before the pictures in our heads disappear. He feels like a kindred spirit,” says Welch.

“I actually sent him a note about six years ago. I was in Australia on tour there for the first time and visited an exhibition of all his work. I wanted to leave him a message and all I had on me was an x-ray of my hand, as I had just broken my finger. So I wrote on the x-ray and gave it to the gallery to pass on and never knew if he got it. When we met for the first time, he told me it’s been hanging up in his office ever since.”