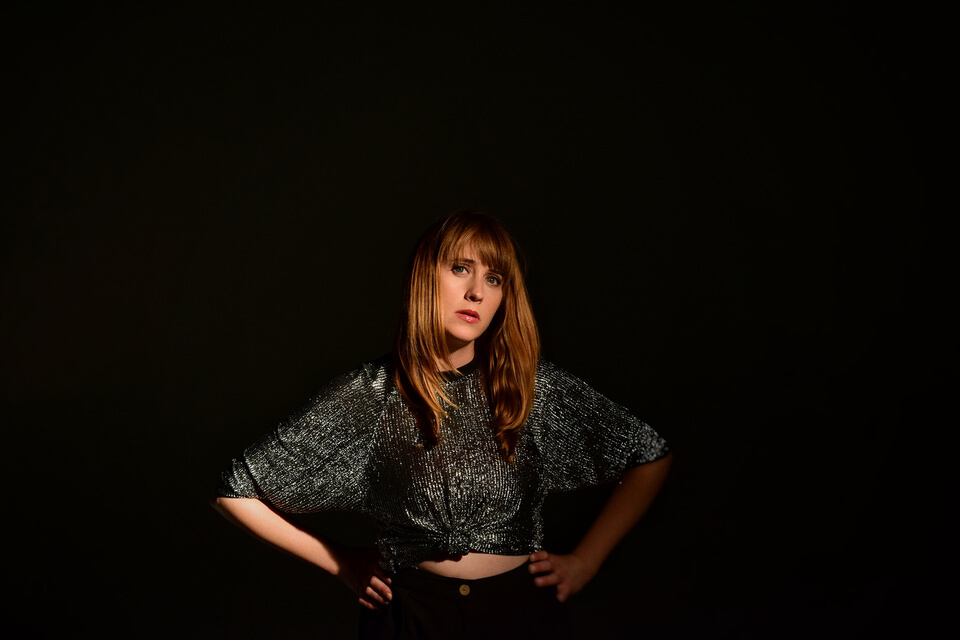 April 15, 2022, sees the release of Sub Pop’s digital version of Flock of Dimes’ Head of Roses: Phantom Limb, a collection of unreleased tracks written around the same time as Head of Roses, previously unheard demos, favorite live performances, and covers. You can now hear “Go With Good”, a new offering from the release.

Wasner says of the song, “‘Go With Good’ is about making peace with those moments in which what we believe we want for ourselves doesn’t end up aligning with what life actually has in store for us. It’s about trying to step outside of ourselves enough to see and accept things as they truly are— letting go of the illusion of control that keeps us stuck, and revising the false narratives that we may have constructed to protect ourselves from pain.”

The selection of live recordings for Head of Roses: Phantom Limb run the spectrum, from solitary to exuberant. Some were made solo, in the summer of 2020, while other tracks are electrified with the energy that comes from a day cooped up making music with your friends. The versions of “Spring in Winter” and “Like So Much Desire,” from Wasner’s 2020 Like So Much Desire EP, were both recorded alone, on a grand piano in the rural sprawl of Pittsboro, North Carolina at Manifold Studios. The undulating, subdued version of “Hard Way” was recorded live for a KEXP session while Wasner was holed up in the Californian desert, and the live versions of “Two,” “One More Hour,” and “Price of Blue” that live on the bonus disc were recorded with the help of Wasner’s friends Mountain Man, Matt McCaughan, Joe Westerlund, Michael Libramento, Alan Good Parker, and Nick Sanborn out at Betty’s in Chapel Hill, North Carolina. There are also covers of two of Wasner’s favorite songwriters — Joan Armatrading’s “The Weakness in Me” and Joni Mitchell’s “Amelia,” the latter featuring contributions from former bandmate Aaron Roche.

Among the second disc of bonus material is a Head of Roses beginning – the acoustic demo of “Lightning,” recorded ages ago in the secondary room at Betty’s, before the song hit its final shape on Head of Roses. There’s also a handful of previously-unreleased Head of Roses outtakes – “Wonder” and “Go with Good,” both written at the same time as the rest of the record, but ultimately left on the cutting room floor. And then there’s a kind of postscript: Wasner wrote and recorded “It Just Goes On” in one afternoon at her friend Stella Mozgawa’s studio, and the version that exists here—guitar, bass, vocals and drums—are those first unedited performances of hers, along with some invaluable production contributions by Ethan Gruska.