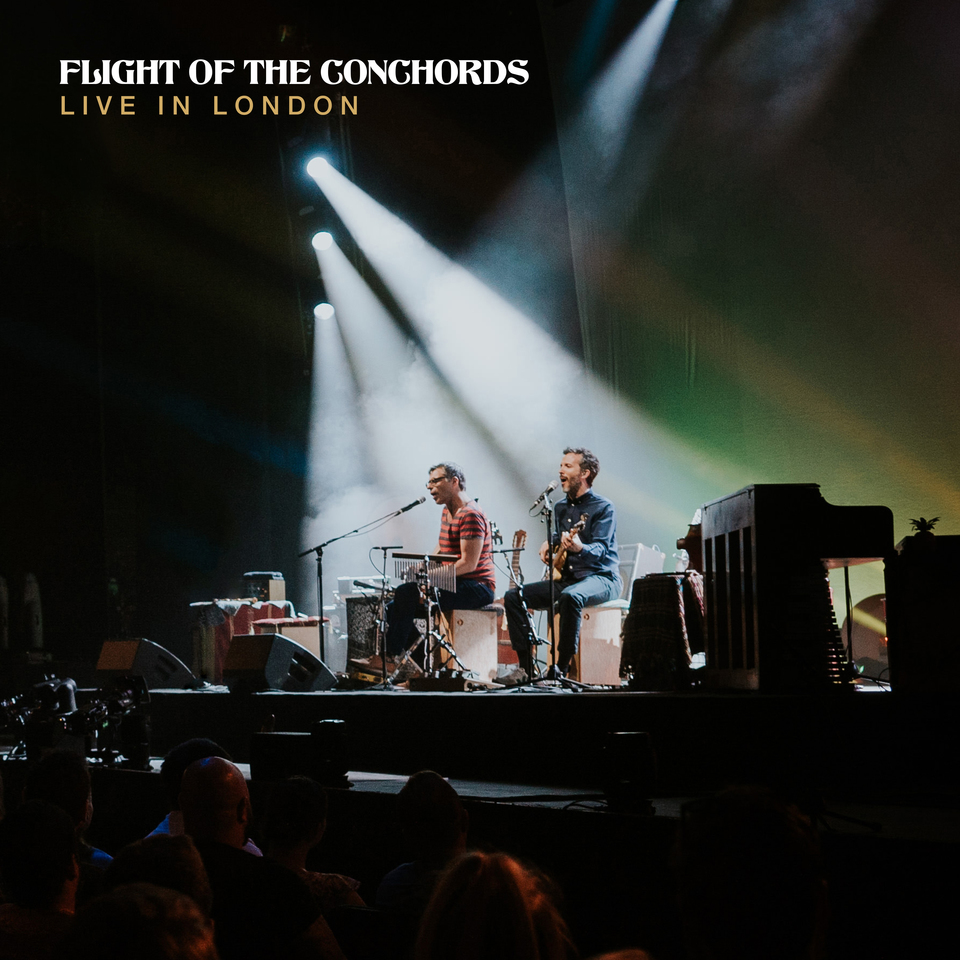 Flight of the Conchords

Bret McKenzie and Jemaine Clement aka Rhymenoceros and Hiphopopotamus promised a host of new material and that promise was dutifully upheld. In amongst the classics from the pair’s hilarious back catalogue such as ‘Bowie’, ‘Inner City Pressure’, ‘Robots’ and ‘Carol Brown’, seven new songs received an airing, all in varying styles, ranging from jazz, a piano ballad, a rambling spaghetti western and a voyage into medieval England via the power of the recorder. All ridiculously funny, these newbies in FOTC’s repertoire maintain McKenzie and Clement’s brilliant storytelling, they’re penchant for a side-splitting turn of phrase and their quirky musicianship. It’s easy to overlook how well crafted these songs are when you’re wiping funny tears away from your eyes and having to hold your aching ribs from laughing so much. If comical songs aren’t enough, the pair’s awkward, slightly-clueless in-between song banter is (almost) as entertaining as the tunes.

While the older songs receive chuckles of laughter and near hysterical yelps of approval, the proper belly laughs are generated by the new songs. In most cases with bands whipping out fresh cuts, this is when punters normally wobble off to the bar but with FOTC, because you don’t know when the punchlines are coming, the usual gig conventions are booted out the window. Opening up the set with ‘Father and Son’, a delicate piano ballad, you’re thrown a curveball, have the boom kings dropped the funnies for sentiment and seriousness as Bret and Jemaine take on the roles of dad and child? Of course not, just as Jemaine’s voice begins to waver “son I know it’s not easy to watch your daddy cry/it hasn’t been the same since your mama died/don’t you worry/it’ll be alright/remember we’re a family just you and I”. Then a pause, this is rather touching you thin but Bret soon quashes his “dad’s” vulnerable declaration “you know very well mama didn’t die/she just hooked up with another guy”. ‘Iain and Deena’ has the twosome switch roles, with Bret portraying the alpha male, Iain and Jemaine, the seductress, Deena. Recounting a saucy office rump, “I watched you from the water cooler talking to finance/I had to take my paper cup and pour it down my pants” and “is that a tent in your pants/no, it’s a two-bedroom cottage” typifies the silly but brilliant FOTC at their funniest. ‘Summer 1353’ is a meandering, recorder indebted tale of wooing a lady (with the New Zealand Symphony Orchestra…errrr…well, a guy called Nigel). As the wooing of a fair maiden hits the buffers Jemaine hastily backtracks with “oh is that the time I should be on my way/I think I’m coming down with a bit of the plague”. The country flecked tale of ‘Stana’ is about a deplorable character whose name is “an anagram of Satan”. Rambling takes on new depths with the spoof jazz tale of ‘Shady Rachel’ – keep an ear out for the jazz doorbell and the jazzy ambulance.

Some of FOTC’s fan favourites are given a newer lease of life, with ‘Foux du Fafa’ ramping up the awkwardness of two people fumbling through the French vocabulary. Transporting us to the year 2000 “the distant future”, Jemaine’s Arnold Schwarzenegger mimicking voice is uncanny and brilliantly daft, as is the references to “everyone has pagers” and “we can download electronic letters in a matter of 27 minutes if it has a photo”. ‘Muth’uckas’ and ‘Hurt Feelings’ are mashed together, with an added piano bounce and Nigel aka New Zealand’s Symphony Orchestra displaying a splendid set of pipes.

When Flight of the Conchords came to London, we all knew it would be ‘Business Time’ and they needn’t worry about having ‘Hurt Feelings’ because England’s capital city was seduced by their delectable ‘Sugalumps’.