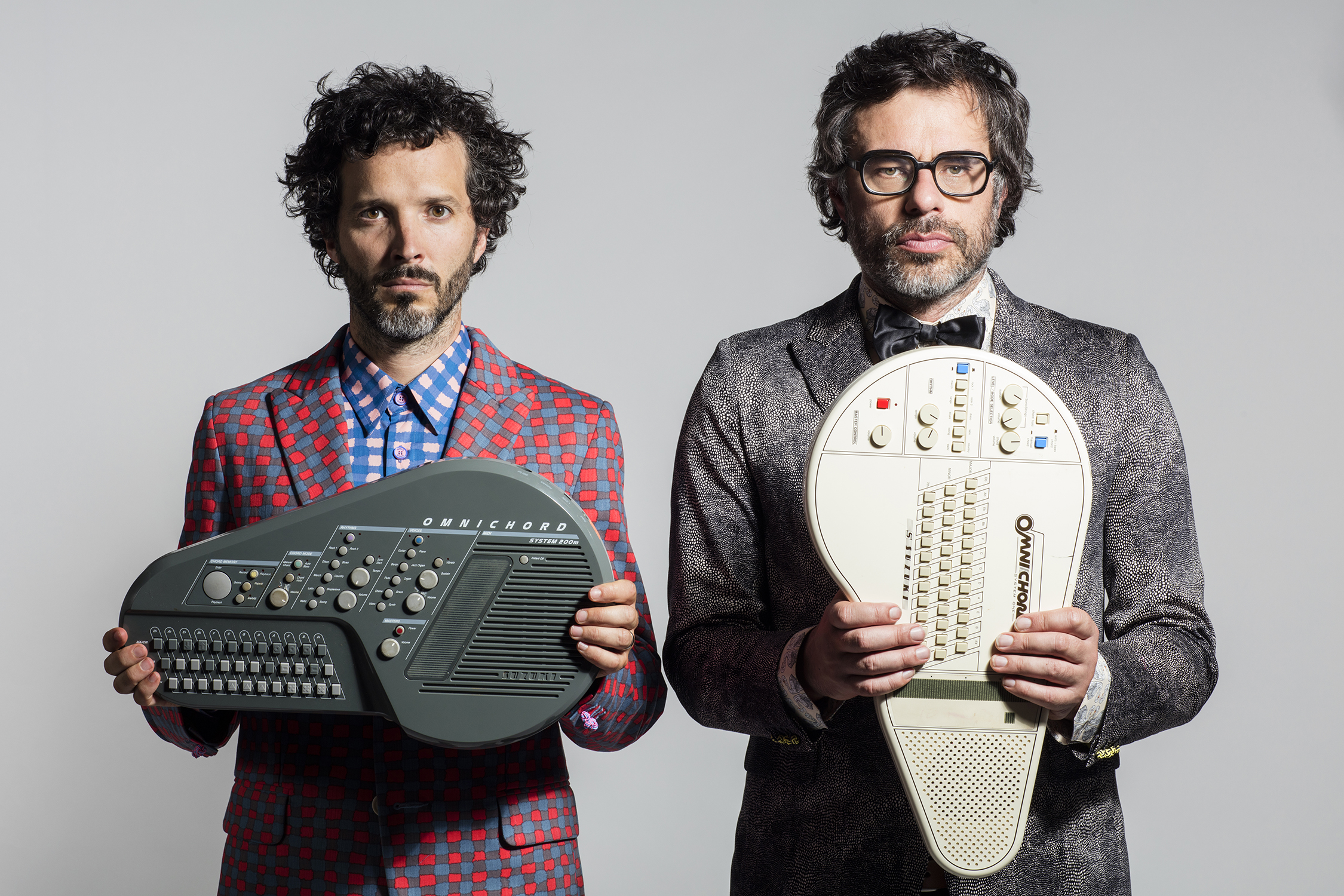 Bret had this to say of the upcoming tour: “I’m thrilled to get back on the road with over half the original band.”

Bret and Jemaine first met in 1996 at Victoria University Wellington. Jemaine vividly remembers the first time he met Bret; “he was wearing a hat”. Bret doesn’t remember meeting Jemaine, but says it was unforgettable.

They were both acting in a University Drama Club production called Body Play. Bret and Jemaine were put in a group of five men to create a short theatrical piece about male body issues. The most memorable part of the show was the costumes. They wore nothing but skin coloured bike shorts giving the audience the illusion that they were naked. From that short vignette the group of five developed another pseudo nude show called So, You’re A Man. They performed to sell-out audiences in Wellington andAuckland, and were then invited to perform at the Melbourne International Comedy Festival.

They flew to Australia for a one month season at a Melbourne comedy club called The Last Laugh. The group couldn’t believe they were being paid to perform and Bret blew his entire first pay cheque on a pair of leather pants.Unfortunately the Australians didn’t appreciate the show like they had in New Zealand, and the season was cancelled after one week.

In 1998 Bret and Jemaine decided to start a band. With a combined knowledge of three chords on the guitar they set about jamming out. The first song was Foux Du FaFa, (two chords) and they called themselves Moustache. The four piece band had Bret on casio-tone, Jemaine on guitar, and their friends Toby Laing and Tim Jaray on trumpet and double bass. They performed their one song at the Wellington Fringe Festival late night club and members of the audience were said to have been “mildly impressed” by the act.

After the encouraging feedback the pair continued to write songs in their living room, subjecting their six flatmates to relentless three chord jams. After several weeks they knew four chords and Jemaine got them a gig to perform at the Thursday night Comedy Club. On the afternoon of the gig they realized they needed a band name. The initial list of names included Roxygen Supply, Albatrocity, and Tanfastic. But the final name was chanced upon in a series of events that went something like this: Jemaine went to the bathroom and noticed the flat toilet was called the Concorde, he returned from the bathroom to suggest the name Conchord, and Bret said “What about Flight of the Conchords”, and Jemaine said “okay”, and Bret said “okay “, and Jemaine said “okay then” and Bret said “We should go to the gig, we’re late”.

That night was their first performance as Flight of the Conchords. Bret and Jemaine were so nervous they couldn’t speak between songs. Despite their performance anxiety the crowd of eleven people enjoyed their gig and were heard clapping and talking amongst themselves.