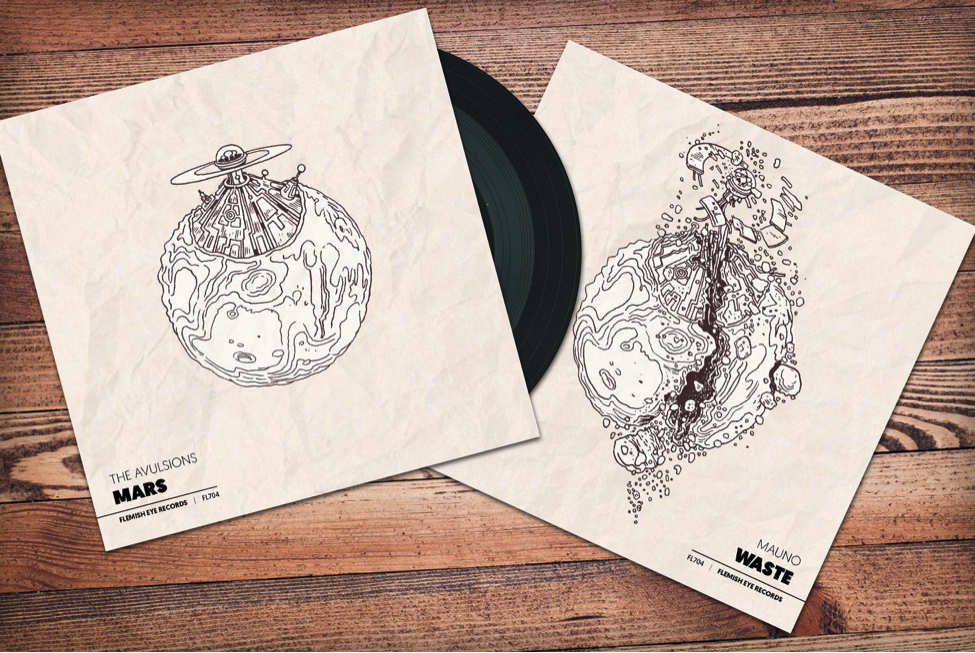 Flemish Eye has announced a new collaboration between two artists: a limited-edition split 7” featuring Halifax-based Mauno and Saskatoon’s The Avulsions. The 7” will be strictly limited to only 300 copies and primarily available on the merch table as both bands go on tour over the spring, including dates next week at The Great Escape in Brighton, UK.

The 7” record features a song from each artist, each one complemented by an illustration by Chad VanGaalen. Some limited copies will be available in the Flemish Eye shop and in select retailers — but mostly you will have to grab one of these from the bands when you see them on tour over the next month!

Saskatoon, Canada-based band The Avulsions are centred around the songwriting of vocalist, guitarist, and synth player Samantha Renner — who draws inspiration from an extensive background in classical music and a deep reverence for classic noir-pop groups like The Cure and Martin Hannett-era Factory Records acts — The Avulsions envelop her tunes in darkly lush, intricately ornamented arrangements, betraying a superb collective attention to detail and subtlety.

Nova Scotia’s Mauno has been working relentlessly at bringing their unique pop rock to as many ears as possible. Driven by the collective boredom, excitement and curiosity of its 4 members (Eliza Niemi, Nick Everett, Adam White, Scott Boudreau), they take their various backgrounds in classical, folk, and math-rock and turn it into something unpredictable and new. Mauno plan a full length album on Idée Fixe in fall 2017.

The Avulsions on Tour: