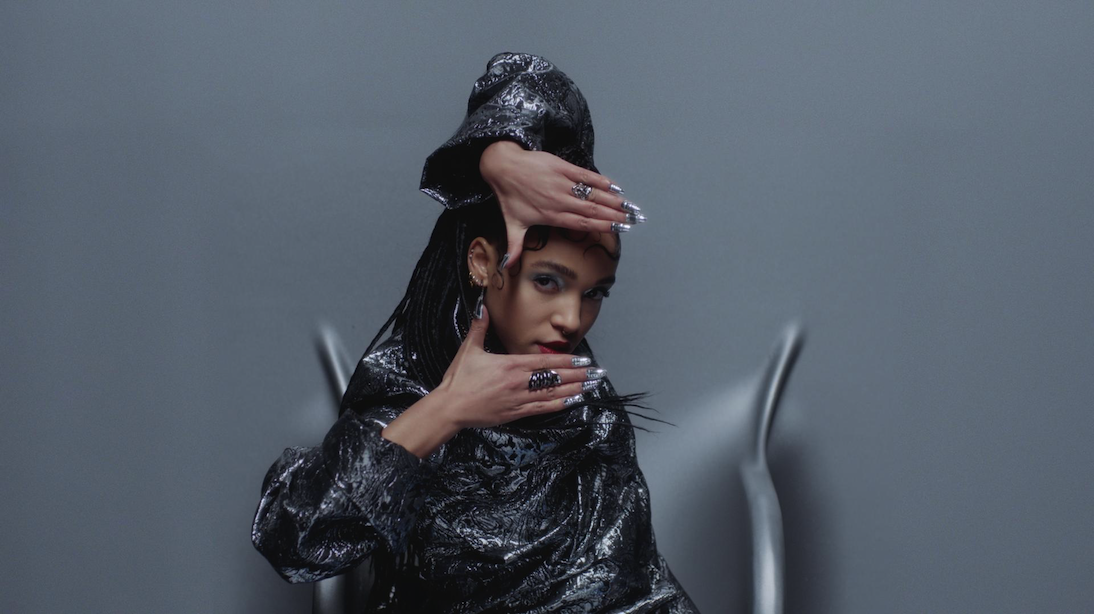 FKA twigs has today premiered a brand new song and video. ‘Glass & Patron’ was written and produced by FKA twigs and Boots and features a new video that was directed and choreographed by her as part of the 2015 YouTube Music Awards. ‘Glass & Patron’ is the first piece of music to be revealed from a brand new FKA twigs EP that will be released later in the year, and will be FKA twigs’ first new release since her debut album LP1 in 2014 on the Young Turks label.

FKA twigs recently debuted her Congregata live show with two events at London’s Roundhouse venue in February. She’s now set to take the Congregata show to New York, with two dates at the Brooklyn Hangar on May 17th and 18th as part of the Red Bull Music Academy Festival. In addition, FKA twigs will play a series of festival shows including Coachella, Primavera Porto, Field Day, Sonar and Parklife. July will also see FKA twigs take up residency at the Manchester International Festival. Over seven days, FKA twigs and collaborators will create seven short films in front of live audiences who’ll be invited into the studio to encounter and observe the process as it unfolds.