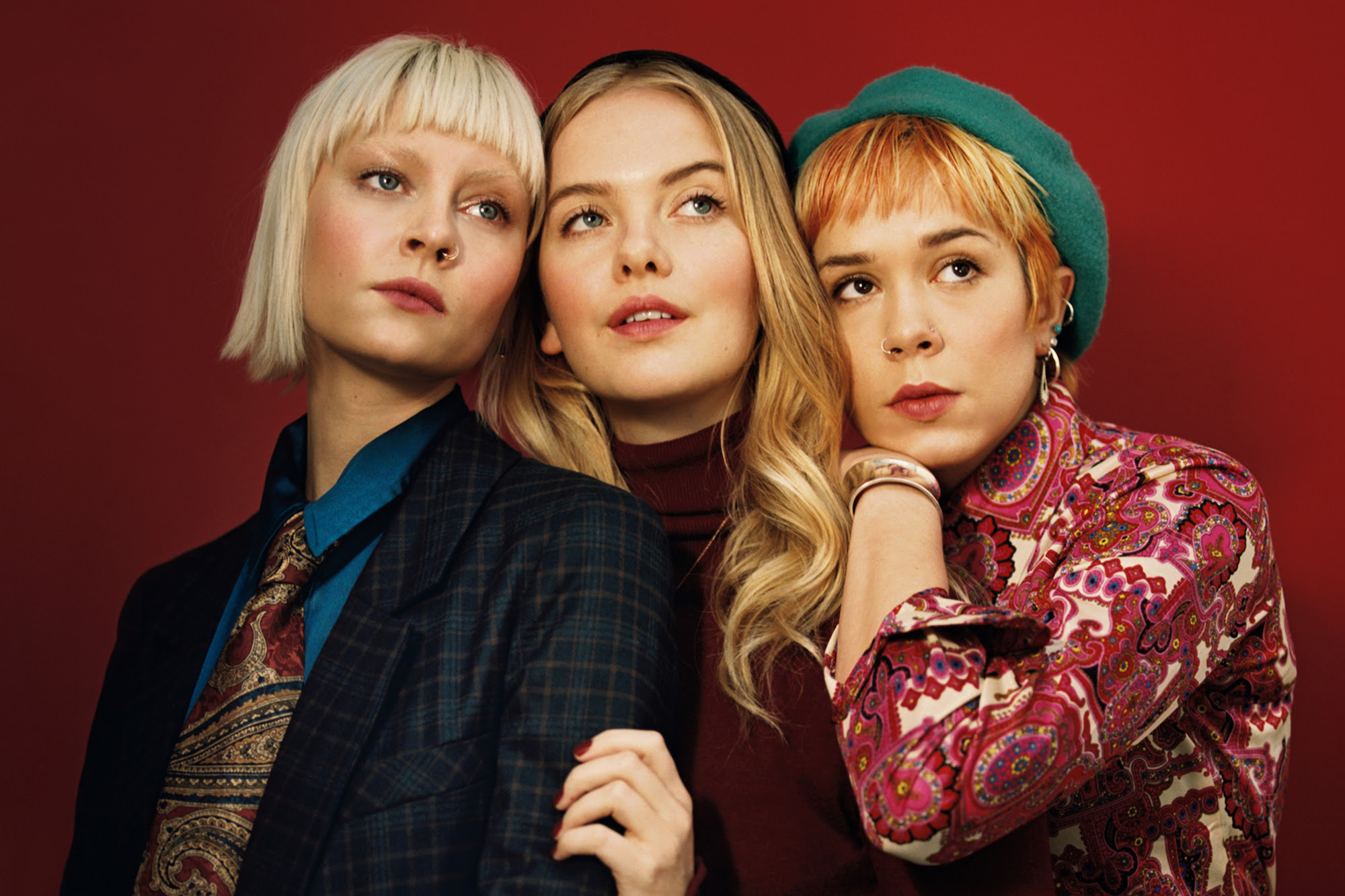 London-based and British/Icelandic born Dream Wife initially began as a college art school project in 2015, and since then they have toured with the likes of The Kills in the U.S., sold out venues across UK and Europe, released their debut EP, and garnered praise for their exhilarating live shows. Now the trio of astrological fire signs are gearing up to release a new EP entitled Fire, and today they share an Ellie Herring remix of the EP’s title track. Listen to “Fire” (Ellie Herring remix) now.

“In Ellie’s remix of ‘Fire’ the song takes on a new and moody form,” says Dream Wife. “It’s exciting to hear this transformation of something so familiar to us.”

“Remixing ‘Fire’ was challenging in the sense that I did what I normally do by creating 12 edits in 3 different genres…but then multiply that by 10. I’m exaggerating, but this production timeline really caught me in one of my more indecisive stints of 2017 & I overworked it until pigs flew,” says Ellie Herring. “Fortunately Dream Wife handed over a lot of great cuts from the original; I pulled off the shredding guitar riffs & focused more on keeping Rakel’s vocal lead towards the front. The remix ended up more of a rework, but in a format that I’ve been playing out lately.”