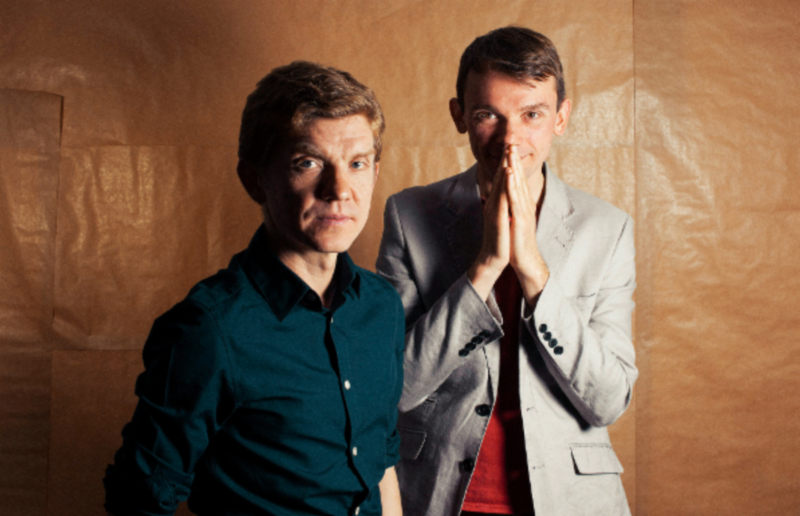 Field Music has announced its return with their forthcoming release Commontime, set to be released on February 5th, 2016 via Memphis Industries. The first song to be taken from the album is ‘The Noisy Days Are Over’, an insistent, sax-punctuated groove and a conversation between two friends struggling to say farewell to the bad old boozy days, when they should “get to bed like everyone else”.

Over the past four years, North-East siblings Peter and David Brewis have threaded their way through one extra-curricular project after another but were inevitably drawn back to working together on their own songs. “As much fun as we might have had on our own or collaborating, we missed just spending time in the studio, the two of us, trying things out and playing together.” explains David.

Written and recorded in spontaneous bursts over six months in their Wearside studio, Commontime is built around the brothers playing and singing together again, but also features a wider array of players, including original Field Music keyboardist Andrew Moore, Peter’s wife Jennie Brewis and new member of the live band Liz Corney on vocals, plus a panoply of other players.

“We wanted to embrace being a duo and, perversely, that made us feel more comfortable about all of those conspicuous cameos” reveals David.

Track List:
The Noisy Days Are Over
Disappointed
But Not For You
I’m Glad
Don’t You Want To Know What’s Wrong?
How Should I Know If You’ve Changed?
Trouble At The Lights
They Want You To Remember
It’s A Good Thing
The Morning Is Waiting
Indeed It Is
That’s Close Enough For Now
Same Name
Stay Awake