FIDLAR team up with The Flaming Lips 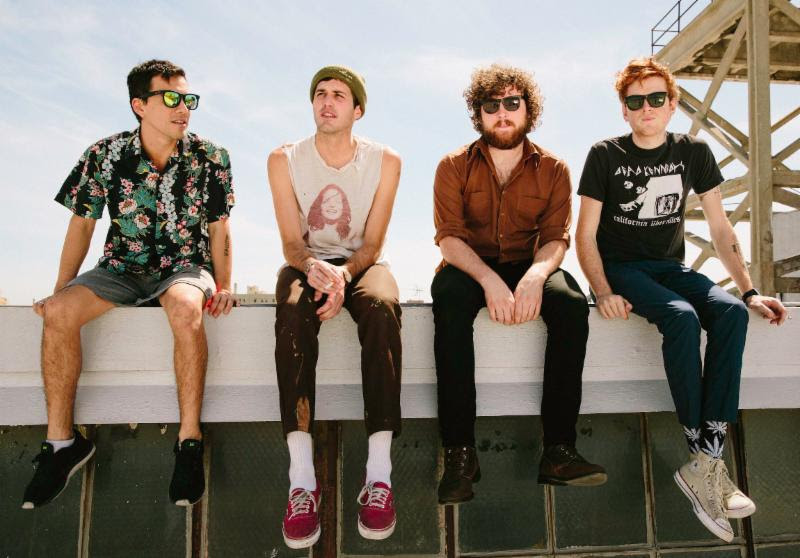 FIDLAR was approached by members of The Flaming Lips after spontaneously covering “Yoshimi Battles The Pink Robots Part 1” at a show in Oklahoma City, OK. While hanging out at the band’s psychedelic art space “The Womb” after the show, a mutual admiration for each other’s DIY music videos lead to the decision to join forces on the clip. The music video for “Punks” was directed and produced by longtime FIDLAR collaborator Ryan Baxley, FIDLAR bassist Brandon Schwartzel, and Flaming Lips collaborators Zachary Ryan Cox, George Salisbury, Tom Hudson, and Travis Pierce.

“Getting to make a video at The Womb using all of The Flaming Lips’ resources was a dream come true,” offered Schwartzel. “We had their entire warehouse at our disposal and there were always a bunch of ‘freaks’ hanging around offering to help us make cool stuff. There doesn’t seem to be that much to do in Oklahoma City, so if you’re a weird art kid, you’re probably going to end up hanging out with The Flaming Lips. Something I really like about both of our bands is the preference for friends over professionals. Getting your friends together, giving them a job to do, and then watching them excel at it is super cool,” elaborated Schwartzel.

This morning FIDLAR also announced a fall headlining tour of the US with support from SWMRS and The Frights. The band’s “Too Much Tour” will kick off on October 28 in San Diego, CA and wrap on November 22 in Denver, CO. Having produced the 2016 debuts of both support bands, FIDLAR frontman Zac Carper offered, “After spending so much time with these guys in the studio, I can’t wait to bring them out on the road. They’re like our little brothers. We’ve got FIDLAR from LA, SWMRS from Oakland, and The Frights from San Diego.