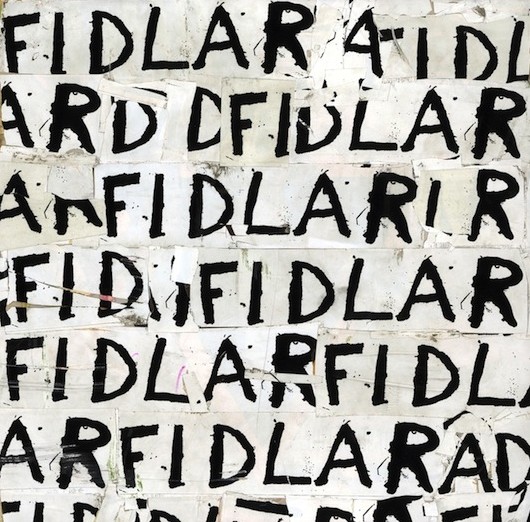 Let’s face it with a band like FIDLAR (Fuck It, Dog, Life’s A Risk, if you are an LA skater) their debut offering was never going to be high brow, it was never destined to be an album themed around the atrocities of the Khmer Rouge or have any political message.

Don’t get us wrong, we are sure FIDLAR care about the important things in life but their first offering of work is centralized around getting loaded, skating, girls and generally getting wasted. This might sound banal on paper but by god does it sound good leaping out of your speakers at a hundred miles an hour. For anyone that has seen FIDLAR live will attest that their stage performances are pretty incendiary with shitloads of energy, but what can be hard is distilling this kinetic force and then applying it to wax. However the LA skate punks have captured their frantic gig life brilliantly with their self titled debut LP. Where most bands call themselves punks but release a record of jingle-jangled guitars and half arsed ideas you won’t find FIDLAR messing about, vocals are yelped, the riffs are lacerated and drums are pummeled, they are Punk with a capital P.

With tracks entitled ‘Cheap Beer’, ‘Wake Bake Skate’ and ‘Cocaine’ it’s not hard to see what ticks the boxes in camp FIDLAR. On the surface it would seem the quartet are almost the party band from hell but underneath all the nods to low rent booze and doobies there is a certain whiff of darkness, almost like the party could turn sour at any moment. ‘No Waves’ has the band reflecting on feeling a bit jaded from all the excesses referenced on the record “I feel, feel like shooting up/I feel, feel like giving up”

The momentum of FIDLAR’s primary release barely lets up from super sonic, even when ‘Whore’ starts sedately it explodes in a flurry of frantic riffs and clattered drums. That’s the overwhelming feeling with the kickflip kings is that they play hard and fast and no doubt party even harder.

Fuck It, Dog, Life’s A Risk it might be, there’s no risky business here, the LA gang’s debut is a solid gold (bong) hit.