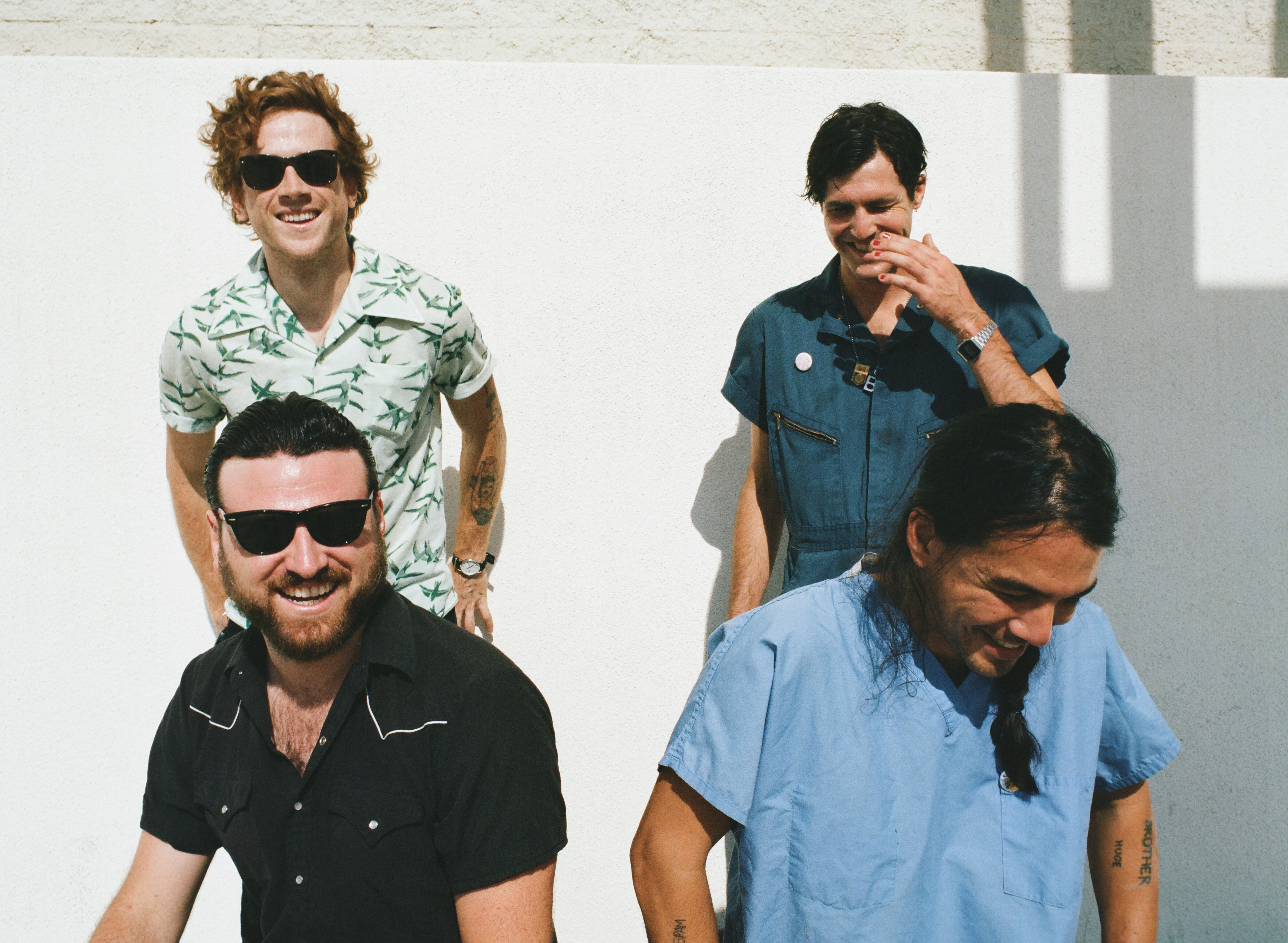 Lead singer/guitarist Zac Carper on “By Myself”:

explains the ironically anthemic song (“Well I’m cracking one open with the boys, by myself”) written in Hawaii, “I called up all my homies to have a drink with me and no one showed up. What a bunch of kooks.” The track follows previous singles “Alcohol,” “Too Real” and “Can’t You See.”

Almost Free touches on many of the tragedies and irritations of modern life: existential dread, gentrification, the inescapable sway of the super-rich and the self-involved, post-breakup telecommunication, performative wokeness, the loneliness of sobriety or the lack thereof.

Why can’t we have a harmonica loop?’,” Zac Carper said. “It was about taking the ceiling off. Having it be limitless. Ain’t no rules.” Elvis Kuehn added, “Almost Free feels like a step forward for us in a lot of ways. We tried to be true to ourselves and let the music come out naturally, without fear of how people would receive it.”

Get Off My Rock
Can’t You See
By Myself
Flake
Alcohol
Almost Free
Scam Likely
Called You Twice (ft. K.Flay)
Nuke
Too Real
Kick
Thought. Mouth.
Good Times Are Over