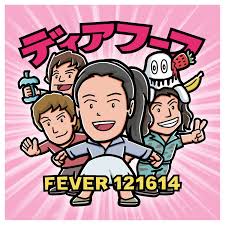 What’s the point of doing a review of a live record? I mean, really?

Live DVDs always strike me as a little weird too, I mean, I get that you probably want to see a show in some stadium in some other country, but doesn’t it just pale in comparison the actual live show? I mean, you’re just watching the same songs as on the record, expect now you get to watch a slightly not-as-good version of the song, they’re also not playing to YOU, the audience at home, they’re playing to the crowd in the stadium. That’s not to say there are no reasons to listen to a live recording of a band, nor are there no great live concert films. The problem is, some bands make live recordings that aren’t really anything beyond something else to add to their discography.

In my opinion, live records and DVDs are niche records. You’re not necessarily going to win a whole load of new listeners with a Iive record. It’s basically a way of saying “we have a big enough fan base that if we do a live record, fans will buy it.”

So Deerhoof’s Fever 121614 (which is a much better title than Live In Tokyo) is no exception. It’s a live record that fans of the band will love, not because it’s a good recording (though it is), but because this is what fans will want from their favourite band: them killing it onstage and having fun. It’s pretty much a greatest hits record that they happened to do live, which actually makes it probably one of their more accessible and consistent collections of tunes. This is the record the Deerhoof fan will toss to their friend and say: “I know it’s a live album, but this is exactly what you need in order to get into this band”.

The cover art says it all really. The band is in cartoon form with giant smiles on their faces. Watching any live footage of them will show you musicians that have mastered their craft and who continue to grow. Going for 20 years now (the band first formed as an experimental two piece in 1994), there’s a sense that this is a band that has settled in its true formation. It’s perfect form.

You’ll probably end up with a smile of equal size on your face listening to this record. The band’s energy practically oozes through the speakers. There’s highlights all over this thing: the buzzy and screechy guitar tones on “Fresh Born”, electric opener “Exit Only”, a “Twin Killers” that runs all over the place and then right back home. Closing with the opening track from 2006’s Green Cosmos: “Come See the Duck”, Satom Matsuzaki somehow magically gets the audience to do a call and response with an off-kilter time signature. Again, this record is all about fun.

The songs on the record cover most of the band’s discography, the oldest song being “Dummy Discards A Heart” from 2003’s Apple O’. It’s also not that long a set either, the album clocks in at about 38 minutes, which manages to work in the energetic and frantic sound’s favour. They don’t drag it on beyond what it should be, and still gives the band plenty of space to work with.

Fans will find plenty to like, those new to the band will too.