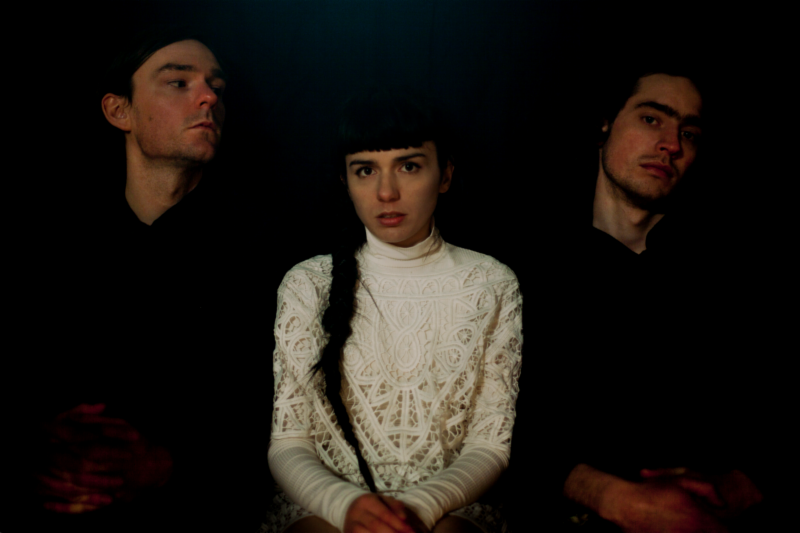 UK band Fear of Men have shared “Trauma,” another new track from the band’s upcoming album, Fall Forever. Jessica Weiss spoke to Noisey, who premiered the track today, and told them “Trauma” is “about the difficult relationship between feeling completely violated and feeling powerful enough to rise above it.” Fall Forever will be available June 3rd on Kanine Records.

This year Fear of Men have returned with Fall Forever: the band’s second full-length album, and the follow-up to their debut, Loom. Fall Forever is a departure for the three-piece – comprised of Jessica Weiss, Daniel Falvey and Michael Miles – an album that builds upon the melodicism and immediacy of Loom but takes it in a stark new direction, capturing the band pushing the limits of their instruments to adopt new and alien forms.

Fall Forever sees the trio twisting together sounds and influences from a variety of genres to create their own vision of what constitutes dark and modern pop. Working with producer Tom Morris to gain clarity and presence, they focused on core sounds instead of layers, while still incorporating textures and details that can be discovered upon repeat listens.