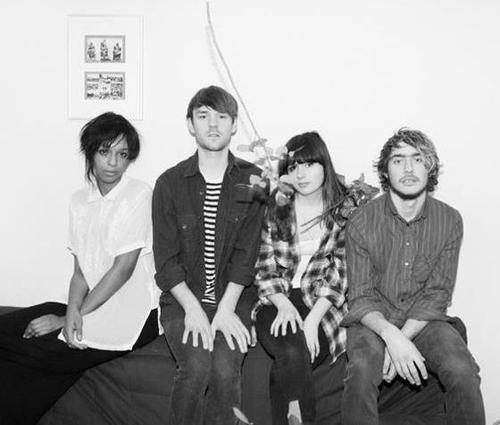 Dan Falvey and Jess Weiss from Fear of Men co-directed “Seer” with Julian Tardo and Gavin Williams. The costume is influenced by Sylvia Plath’s bee poems.

While studying for a Fine Art & History of Art degree, Jessica Weiss (vocals + guitar) was exhibiting some of her home recordings of ambient soundtracks to short films when these recordings caught the attention of Daniel Falvey (guitar). The two began swapping mix tapes and started a friendship based on a shared love of melody and an eclectic mix of artists such as The Chills, Grouper, Neutral Milk Hotel, The Magnetic Fields, and The Byrds, ultimately leading to the start of a more pop-focused project which they called Fear of Men.

Starting out, the duo recorded their music on a 4-track and transferred it onto their laptops, which Jess would then use as part of her degree work. They uploaded their songs to bandcamp and immediately caught the attention of UK blogs. Enlisting the help of friends to play drums and bass, Fear of Men approached DIY promoters and immediately began playing live shows.