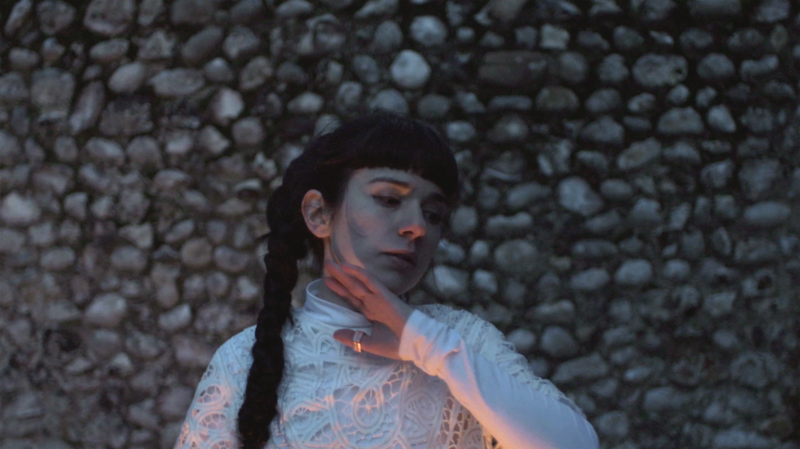 Brighton, UK’s Fear of Men have released a video for “Island” via The FADER today. Video director Eleanor Hardwick says the video “explores the subconscious state between the death of a past self being reborn into a stronger self, and the quest to strip oneself back to its core elements,” while singer Jessica Weiss says the song is about “independence and empowerment, and how problematic this can be when you’re still tied to the expectations of others.”

“Island” is the first single from Fear of Men’s upcoming album, Fall Forever, out June 3rd via Kanine Records. The track received praise from Pitchfork, NPR, Stereogum, Spin, Gorilla vs Bear, Paste Magazine and The FADER amongst others.

ABOUT FEAR OF MEN:
2016 sees the return of Brighton’s Fear of Men with Fall Forever: the band’s second full-length album, and the follow-up to their acclaimed 2014 debut, Loom. Fall Forever marks a bold departure for the three-piece – comprised of Jessica Weiss, Daniel Falvey and Michael Miles – an album that builds upon the melodicism and immediacy of Loom but takes it in a stark new direction, capturing the band pushing the limits of their instruments to adopt new and alien forms.

The resultant record sees the trio twisting together sounds and influences from a variety of genres to create their own vision of what constitutes dark and modern pop. Working with producer Tom Morris to gain clarity and presence, they focused on core sounds instead of layers, while still incorporating textures and details that can be discovered upon repeat listens.

Equally, these contrasts are well reflected in the sonic palette of the album: cold electronics meet lush, breathing textures; frenetic post-punk drums shudder against undulating guitars that recall the fluidity of shoegaze while stripping it of that genre’s crutch of thick reverb, creating a more forceful and contemporary sound. Intent on looking forward, the band utilized modern effects pedals and technology to manipulate their traditional instruments into unique forms. Such an approach can be heard on ‘Until You’, where frozen guitar chords warp and twist to introduce the song before erupting into a distorted wall-of-sound chorus that hits with the punch of synthesizers but bristles with a human rawness that only guitars can bring.

It’s within these dichotomies that Fall Forever’s greatest beauties often lie. The immediacy conjured by the trio across the album’s ten tracks can at once be seen as intimate or confrontational, echoing the “emotional extremes” examined by Weiss. In twisting together sounds and influences from a plethora of genres, Fear of Men have given life to a fresh vision; a dark and modern pop record that defies easy categorization, and marks their most immersive work to date.