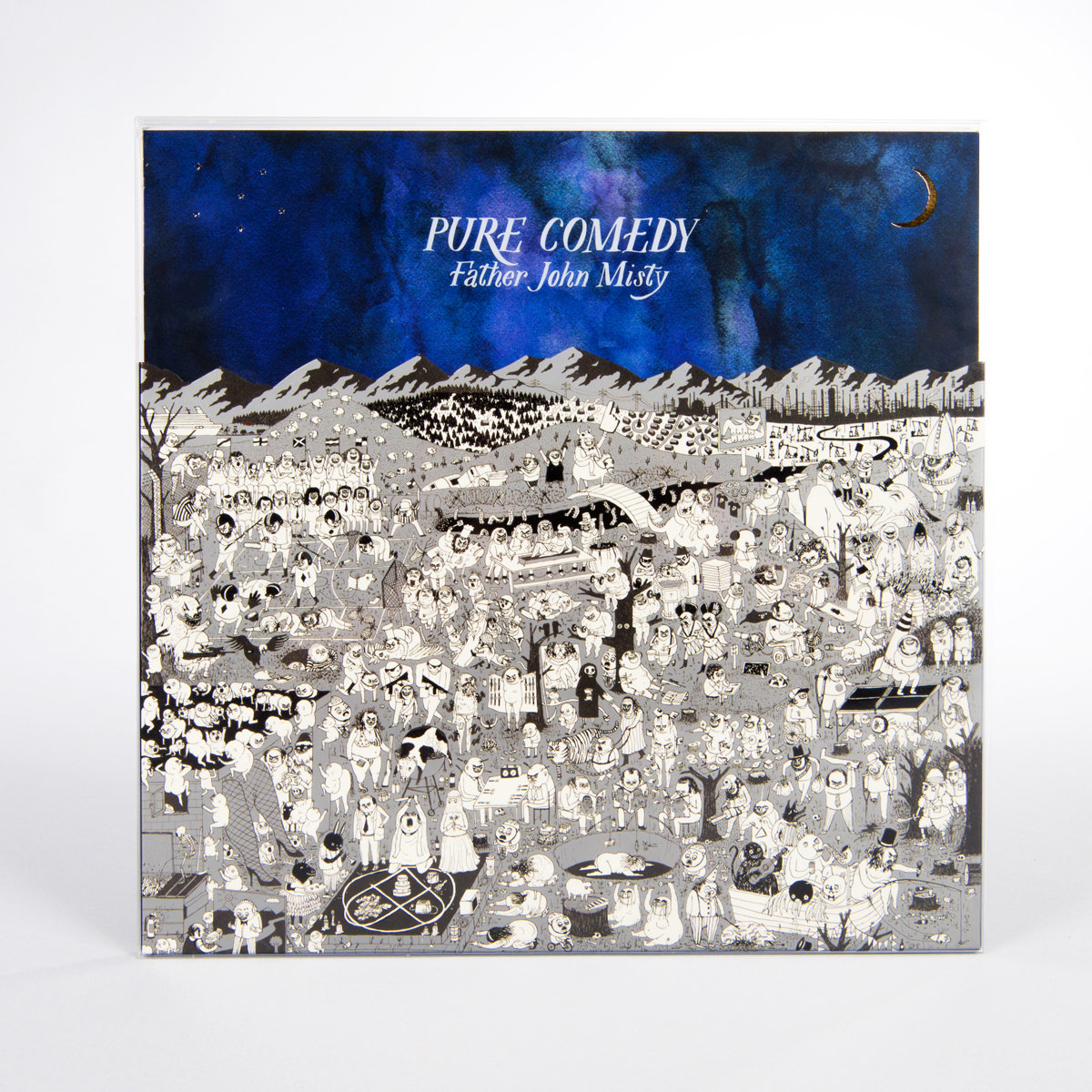 Tillman wrote the majority of Pure Comedy throughout 2015 and recorded all the basic tracking and vocals live to tape (in no more than two takes each) at United Studios (fka the legendary Ocean Way Studios, frequented by Frank Sinatra and The Beach Boys) in Los Angeles March 2016.

Pure Comedy was co-produced once again by Josh Tillman and long-time producer Jonathan Wilson; mixed by Tillman, Wilson and Trevor Spencer, and mastered by Bob Ludwig at Gateway Mastering Studios. The album features string, horn and choral arrangements from classical iconoclast Gavin Bryars (Jesus Blood Never Failed Me Yet, Sinking Of The Titanic), with additional contributions from Nico Muhly and Thomas Bartlett.

1. Pure Comedy
2. Total Entertainment Forever
3. Things it Would Have Been Helpful to Know Before the Revolution
4. Ballad of the Dying Man
5. Birdie
6. Leaving LA
7. A Bigger Paper Bag
8. When the God of Love Returns There’ll Be Hell to Pay
9. Smoochie
10. Two Wildly Different Perspectives
11. The Memo
12. So I’m Growing Old on Magic Mountain
13. In Twenty Years or So