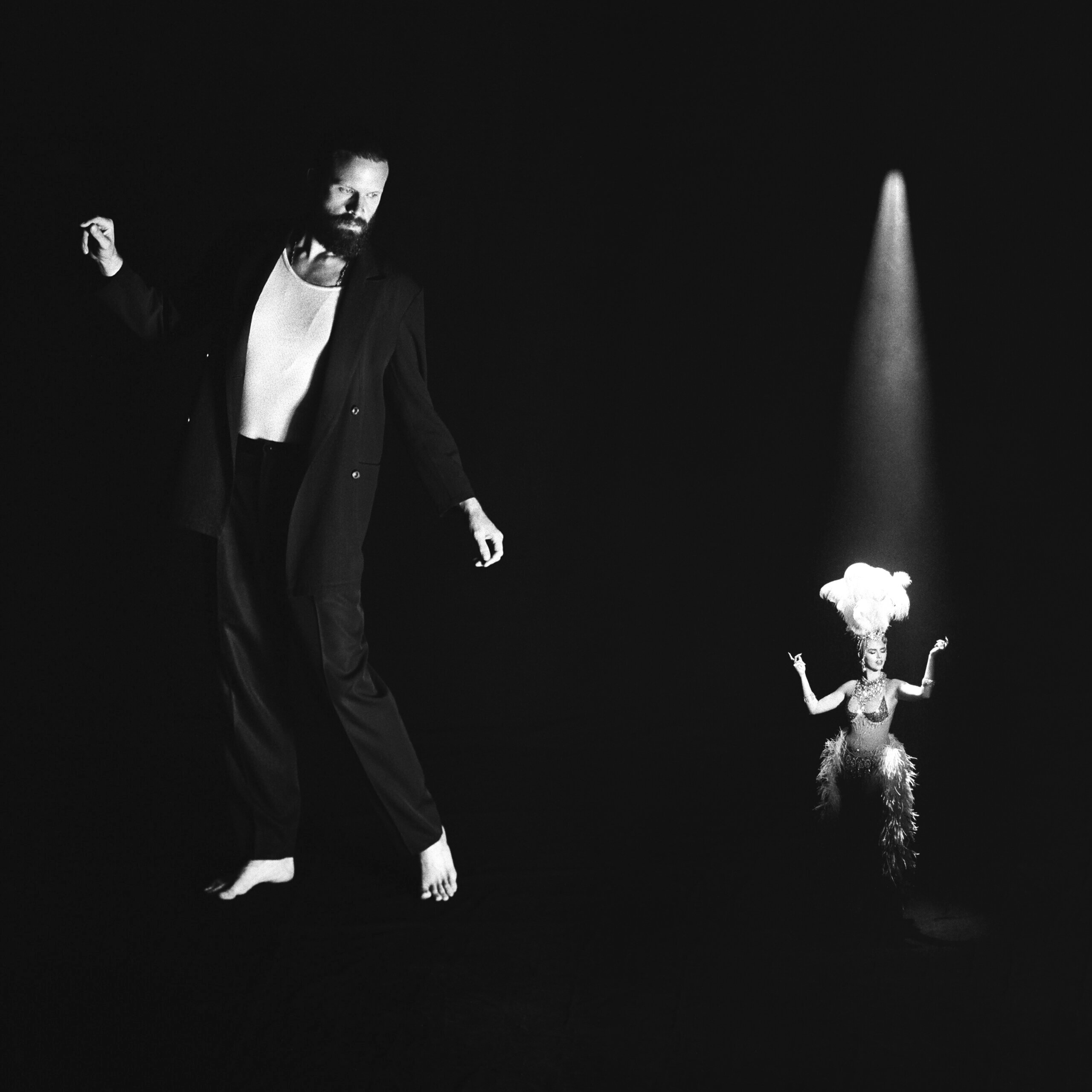 Chloë and the Next 20th Century

Josh Tillman is only on his fifth Father John Misty album and he’s already navigated so much musical landscape that it seems almost impossible that he could have any further surprises up his long, tailored sleeves. Chloë and the Next 20th Century, which drops April 8th via Sub Pop Records, blows that notion away. With this album we find Tillman at his most emotionally open, lyrically and musically.

It’s really amazing how Tillman is able to ring such emotional honestly without any signs of ironic detachment while journeying through the sounds of Tin Pan Alley, Old Hollywood melodrama and 70s country tinged AM gold. It seems impossible but he has done it and it’s an amazing journey to embark on. Throughout the running time of Chloë and the Next 20th Century there are shades of Nilsson, Kristofferson and even Berlin but it is all filtered through Tillman’s own unique sensibilities. Earnestly absurd, wonderfully heartbreaking and breathtakingly beautiful.

Where Tillman’s last album, 2018’s glorious God’s Favourite Customer, was a mostly stripped down, straight ahead affair, Chloë and the Next 20th Century goes the opposite direction. The album is beautifully produced by Tillman’s frequent collaborator Jonathan Wilson. Musically it’s dense and lush but has enough space in each songs vast arraignments to allow every drop of the emotionality of the songs to breathe. The album kicks off with “Chloë” catapulting you right to the Flower District of Manhattan circa 1911. Echoes of Irving Berlin reverberate through the tracks Tin Pan Alley. It’s a surprise as it’s something that is rarely heard these days but it sets the stage for the intriguing journey of what is to come. This is followed up by “Goodbye, Mr. Blue” and it’s almost John Denver-esque production and vocal melody. The song details a love that has run its course but the story is paralleled though the death of the protagonists beloved cat, the titular Mr. Blue. On paper the endeavour seems like an absurd way to connect an emotional narrative but it works so wonderfully well. When Tillman sings, “That Turkish Angora’s ’bout the only thing left of me and you, mmh/Early this morning, it started making sounds that say/”Don’t the last time come too soon?/One down, eight to go, but it’s no less true/Don’t the last time come too soon?” It’s honestly so beautiful and heartbreaking. There’s so much to dig into here. Songs that start great and only seem to get better with each successive listen. “Kiss Me (I Loved You)” stars Tillman’s honeyed voice over a sparse but lovingly crafted backing of orchestral swells, a lone, brushed snare and a haunting horn solo.

There is a gentle care to the album that initially feels soft in terms of impact but as you delve into it, it’s caress consumes you. Tillman has been a unique presence on the musical landscape the last decade but with Chloë and The Next 20th Century, he has struck the perfect balance between his earnestness and lyrical absurdity, and it works absolutely wonderfully. It’s a big, bold, beautiful statement that doesn’t hit you over the head but gently and carefully makes it way into your heart.