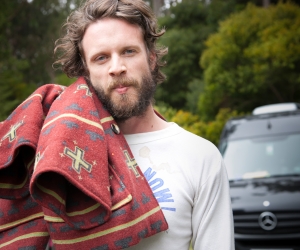 Father John Misty will close out 2013 with a headlining solo variety tour in support of Fear Fun this fall, beginning on October 6th in Seattle, WA at The Moore Theatre and ending on November 2nd in Los Angeles, CA at the Wiltern.  This is in addition to the previously announced summer tour schedule, which resumes on July 6th in Quebec City, QE at Festival D’Ete and currently ends on August 24th in Monterey, CA at First City Festival. Highlights for the summer tour include: July 12th in Minneapolis for Basilica Block Party;  July 13th in Seattle, WA at Sub Pop’s Silver Jubilee; July 24th in New York, NY at Terminal 5; July 27th in Newport, RI for Newport Folk; August 2nd in Chicago, IL at Lollapalooza; August 4th in Montreal, QC at Osheaga. Please find a complete list of tour dates below.

The fall variety tour will feature support from Brooklyn-based comedian Kate Berlant.  She performs across the country and was recently named as one of Comedy Central’s Top Ten Comics to Watch. She has performed in festivals such as the New York Comedy Festival, Bridgetown Comedy Festival, San Francisco Sketchfest, and the LA Riot Festival. She was just named by Splitsider as one of the Top 10 Up-And-Coming Comedians, has opened for Reggie Watts, and was named by Time Out New York as one of the “Three Comics to Watch” in 2012. Kate has recently been commissioned by The Museum of Contemporary Art, Los Angeles to make work for their online channel and she runs a free weekly show at the Cake Shop in Manhattan.