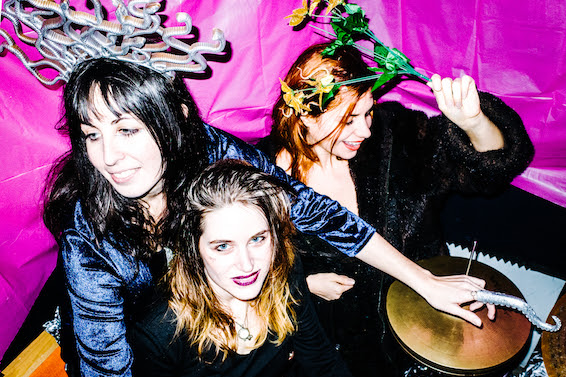 Sharkmuffin, recently shared their new single “Fate.” The track is off the band’s new album Gamma Gardening, which comes out on April 5th via Exploding In Sound Records.

“I wrote the demo for this song in my boyfriend’s bedroom in the morning when he was at work. It was originally loosely based on the end of my last relationship that was dramatic and somewhat emotionally abusive in relation to the idea of the multiverse/quantum theory as I understood it from a bunch of YouTube videos- how when you make a decision the reality is split into two, one with the reality you’re experiencing and one reality of the opposite result. Then I rewrote the lyrics for some parts to fit the sci fi theme of the EP from the child’s perspective and how they feel when they find out their parents messed with fate in their decision to code his genes in specific ways.”

Sharkmuffin have been playing and touring since 2012, led by Tarra Thiessen (guitar/vocals) and Natalie Kirch (bass/vocals). Gamma Gardening finds the duo joined by frequent collaborator turned full fledge Sharkmuffin, Jordyn Blakely (drums/vocals). With all three members contributing to the songwriting,