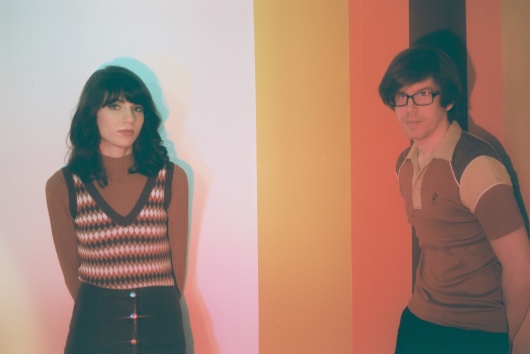 Two rival songwriters, joined together to form an audio experiment of pop stylings. What started as an argument eventually formed into a band of competition. Despite their many differences, Stephanie (vocals/keyboards) and Andrew (drums) are brought together by their love of The Misfits, 1910 Fruitgum Company and certain antiquated arcade games. Even though they have personal disagreements, they reluctantly respect one another as songwriters and musicians and joined together in part for the competition of writing against each other and to navigate through the waters of the current, lackluster music scene. Each release is a competition, often going further than a friendly challenge, but for the greater good of pushing their various boundaries of songwriting, producing and arranging.

“We wanted to do an angrier, dynamic take on the song as opposed to the romantic Elvis version, and every version since, that kept it a low key acoustic ballad for some reason”