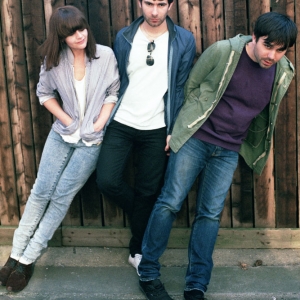 With the band’s  U.S. tour dates on the horizon, Factory Floor is sharing a brand-new Carl Craig remix of “Turn It Up.” Remixed by the Detroit techno legend, the rework pares down the stark ping pong percussion sounds even further. Listen to the track above. The remix will be formally released Dec. 9th alongside Laurel Halo’s rework of the track.

Later this month, Factory Floor will perform select tour dates on the East Coast. Playing Brooklyn’s 285 Kent on December 12th & 13th and Philadelphia’s Voyeur for a Making Time party the following night as a part of Red Bull Sound Select.

2013 saw the band release Factory Floor, their debut on DFA Records. The album was recorded and mixed by the band in their North London warehouse space.

Factory Floor in its current, fully formed incarnation got together in late 2009 when guitarist/vocalist Nik Colk Void joined the dark-hearted, 21st Century rhythm section of drummer Gabe Gurnsey and synth player Dominic Butler. In the two years after the trio formed they released a number of EPs and 12”s on labels such as Blast First Petite and Optimo while all the time their live sound was shifting away from an all-out noise assault into a much more spacious and confident exploration of techno, minimal, acid and post-industrial rhythms and textures.

Factory Floor produce a sound, that is quite punishing, yet they seem equally at home playing raves, alternative festivals, art galleries, cinemas, nightclubs and rock shows; on top of that they’re as much at home collaborating with members of Throbbing Gristle and New Order (not to mention Richard H Kirk of Cabaret Voltaire, Simon Fisher Turner and Peter Gordon) as they are with contemporary artists such as Haroon Mirza and Hannah Sawtell.