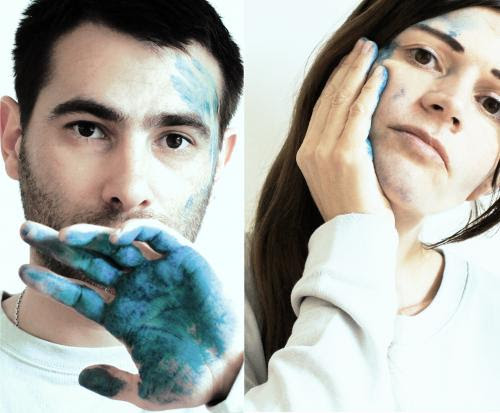 Having released their new album 25 25 as well as selling out London’s ICA this year, Factory Floor are wrapping 2016 up with a new video for “Wave”. Directed by Gabe Gurnsey, the video was shot over a three week period and observes a frenetic journey from the urban sprawl to the rural landscape of the English / Welsh borders.

Speaking of the video, Gabe says:

“Much like the album contents and lyrics the idea was to leave the video to the viewers / listeners own interpretation, sitting somewhere between abstract and suggestive. People tend to apply Factory Floor’s music to dance floor environments but for me, when we are writing and creating records and sounds, the idea of journey and escapism through nature is always prominent.” –

In addition to the video, Factory Floor have announced a new run of UK dates in January, February and March 2017. A full list of shows can be found below.

Factory Floor, recently shared a remix for “Wave” by Jlin, and revealed their involvement in a new Tate commission by French avant-garde artist Philippe Parreno. The exhibition runs until 2nd April 2017.

Inspired by playing a growing number of late night club shows, the pair’s music gradually evolved into the sound captured on their second album and in their current live incarnation: a stark, ultra-minimalist and eerily soulful dancefloor pulse, yet one that still bears Factory Floor’s unmistakable hallmarks of hypnotic repetition and jagged, punkish intensity.